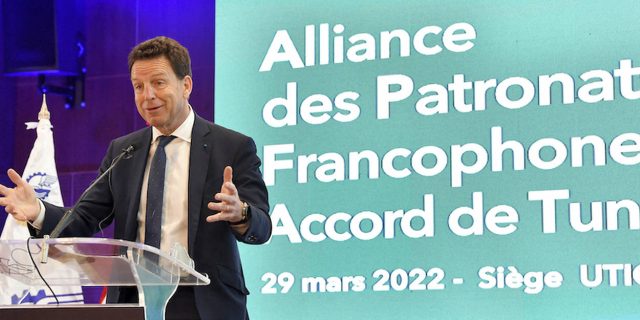 Ihe economic Francophonie (finally) on track? At the opening of the summer university for French employers, last August, the Mouvement des entreprises de France (Medef) organized a meeting of French-speaking entrepreneurs at the Paris-Longchamp racecourse, with the stated objective of creating a ” French-speaking business community”. It must be said that the awareness of the weight of the French-speaking economic space has been real in recent years, except that, until now, French-speaking employers did not have a structured network. This has now been done with the launch of the Alliance des patronats francophones, bringing together 27 employers’ organizations.

A conquering Francophonie in a complex context

And yet, the figures speak for themselves: the 54 member countries of the International Organization of La Francophonie represent 14% of the world’s population, 16% of GDP, nearly 14% of mining and energy resources, and 20% of trade in goods. In practice, “two countries sharing linguistic ties tend to exchange around 65% more than if they had none”, explained, already in 2014, Jacques Attali, author of an important report on the question.

Eight years later, the lines have changed very little, hence the challenge of rallying more players to the cause, such as the Medef which has a solid network. “Finally, our space has been built a lot on cultural, educational and political issues, but very little on the economic issue”, draws up as observation Fabrice Le Saché, vice-president of Medef.

Two years ago, Senegalese President Macky Sall, guest of the Medef, shook up the employers’ organization, pointing out the low level of the flow of exchanges between French-speaking economies. A challenge posed to Medef and to the members of this extremely heterogeneous linguistic space spread over five continents, ranging from Canada, Laos, via the Democratic Republic of Congo or Algeria. “We had to take action, in a context where countries are trying to diversify their alliances and in a world that is changing with strong geopolitical tensions”, explains Fabrice Le Saché, on the line, a few days after the official launch of the Alliance des patronats francophones, which took place in Tunis on 22 March.

A crucial step in a context where French is seriously challenged by English, of course, and now Mandarin. More curiously, it is on the ground where the future of the Francophonie is being played out, that is to say in Africa, that this competition is most visible. Recently, the course of Rwanda, which entered the Commonwealth in 2009, has been observed with great interest by other States, notably Gabon. Although it is not uncommon in Africa to see a country join several organizations at the same time. In recent years, a new language has spread rapidly, first in school curricula and increasingly in the business world, it is Mandarin, which has become almost a sought-after passport to access scholarships. for the People’s Republic of China, or better jobs in local Chinese companies. This new context pushed the Medef and the other French-speaking employers’ organizations to trace their furrow.

“In fact, the Francophonie is one more card and not one less card or one card against another,” he adds. We believe this is a comparative, even competitive advantage. For example, when a call for tenders is issued in French for an infrastructure project in Senegal, it is an advantage for Moroccan companies, for Ivorian, Malagasy, Quebec, Walloon, French companies, etc. It must be underlined. »

Indeed, the African continent, in particular, represents an opportunity, because it is the most dynamic geographical area of ​​the Francophonie in terms of demography and growth. According to the OIF, the number of French speakers is estimated at 300 million worldwide. This figure will rise to 700 million in 2050 and more than a billion in 2065. It should be noted that, among all French speakers, 85% will be in Africa. But, “there is no automatic linguistic dividend of demography”, had warned Geoffroy Roux de Bézieux, the president of Medef.

“There are disparities between the economies of the French-speaking world, but there are also junction points. And in Tunis, says Fabrice Le Saché, we were struck by the predominance of subjects which ultimately concern the majority of employers, such as that of vocational training, recruitment problems, the problems of the inadequacy of training and labor market, he says. In fact, whatever the country or whatever the organizations, technological changes affect all companies in the same way, and therefore the shared language must become a factor in facilitating all these flows”, unfolds, the one who is also the boss of Aera, Africa’s leading independent supplier and trader of environmental certificates.

Among the fields where the fate of the economic Francophonie will be played out, there are those of digital technology, financing, mobility of goods and people, work. Areas on which dedicated working groups are already working, set up by the Alliance des patronats francophones. The idea is “to identify major French-speaking projects”, traces Fabrice Le Saché. “And among the added values ​​of our organization, we can cite very concrete debates, in any case at an advanced stage, for example on the sharing of costs in maritime transport, free movement, especially for French-speakers”, adds Fabrice Le Saché, which firmly believes in business meetings and face-to-face exchanges. “It makes the difference! Some employers, even from neighboring countries, did not see each other, or very rarely and since the REF, they see each other much more. »

Read:  Alien: The future series leaves aside an essential character

Technically, the new body has been given a permanent organization, with an elected president, who is none other than Geoffroy Roux de Bézieux. Its mission now: to accelerate the flow of business between French-speaking companies. Present at the signing of the agreement, the head of the Tunisian government, Najla Bouden, considered that this new framework for French-speaking economic partnership was “all the more necessary as our French-speaking area, in the north as in the south, faces to daunting challenges that require more convergence and solidarity against the backdrop of the global health crisis and the conflict in Ukraine, and their socio-economic ramifications.” She added that Tunisia would do its best to actively contribute to the consolidation of the economic dimension of this Francophone project so as to make it a spearhead and a lever for inclusive growth and co-development. Tunisian Foreign Minister Othman Jerandi, for his part, described the signing of the agreement on the creation of the Alliance as “a very important step”, which prepares the ground for the organization of the 18and edition of the Francophone Summit, scheduled for November 2022 in Djerba, in eastern Tunisia. In the meantime, the big meeting given in Abidjan, in Ivory Coast.

512 million : French is the fifth most spoken language in the world on the five continents.

15% : this is the percentage of investments made by French-speaking countries, ie a quarter of global investments.

11% of the world’s agricultural land is in French-speaking countries.