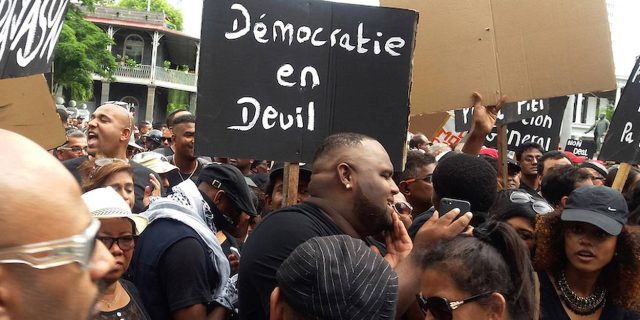 Ihe democratic process in Africa, relaunched in the 1990s, is struggling to get established, in particular because the verdict of the ballot box and the timetable for elections are less and less respected. Are we witnessing a rejection of “Western-style” democracy?

In her novel The Eyes in the Trees, the American writer Barbara Kingsolver lent her hero the following statement:

“White men tell us: vote, Bantu! They tell us: you don’t have to all agree, it’s not necessary! If two men vote yes and one says no, it’s over. »

And the narrator continued, making a clarification which, precisely, is perhaps at the heart of the current debate on democracy in Africa:

“It seems strange that, of two individuals having obtained one fifty-one votes and the other forty-nine, it is the first who wins while the other loses. This will mean that half the village is dissatisfied and, according to Anatole, a village that is only half satisfied is likely to be talked about for a long time. »

Barbara Kingsolver reported what she had remembered from her young years spent in the Congolese bush, where her father had been a doctor in the early 1960s. While the plot generally has little to do with geopolitics, these excerpts focus on the introduction of “Western-style” democracy in the former colonies of Africa.

A model transfer in two grafts

For the political scientist, the interest of his story comes from the fact that it starts in 1959. Then opens a pivotal period during which most of the former colonial powers bequeath as a legacy to the newly independent States their multiparty democratic system.

Thus, the French colonies, which had tested this system at the end of the 1950s with candidates from the Communist Party, the SFIO (French Section of the Workers’ International, Socialist) and the UNR (Union for the New Republic, Gaullist) during electoral consultations by universal suffrage, kept it at the time of independence. Then they quickly abandoned it – within months – in favor of one-party political regimes which, with a few exceptions, lasted until the early 1990s.

Why was this first transplant unanimously rejected? Unfortunately, there are not many in-depth studies answering this question. It is true that it would be, in a way, to insult the fathers of independence if their image of fierce nationalists was covered over by that of precocious dictators.

And this is how Western diplomacy erased memories of thirty years of autocratic regimes. It is often repeated that François Mitterrand only needed one sentence at the Franco-African Summit in La Baule in June 1990 to put an end to this past: “The wind of freedom that blew in the east will inevitably have to blow in south direction. In reality, the terms mentioned above are those that his minister Roland Dumas thought he heard.

When one carefully rereads the famous speech of La Baule, one finds there rather multiple precautions. Thus Mitterrand recognized that “the Europe of which we are, we French, had at the same time Nazism, Fascism, Francoism, Salazarism and Stalinism. Excuse a bit. And he assured that he had heard the reluctance of his African peers:

Read:  “If Ukraine attacks Donbass, the invasion will take place”

“Several of you say: to transpose the single party all at once and arbitrarily decide on a multiparty system, some of our peoples will refuse to do so or else will immediately experience the deleterious effects. »

Among those who disagreed was the most Francophile of African heads of state: Félix Houphouët-Boigny. The Ivorian had even subtly recalled that his party, the PDCI-RDA, already practiced a multiparty system within the single party, thus winking at the French Socialist Party and its many internal tendencies.

Failure of democracy in Africa: Back to military rule.https://t.co/PMkAXntPcx pic.twitter.com/KGZRIiCiuB

However, the machine was on. Little by little, international aid was conditioned on compliance with the new rules: multi-party system, freedom of expression, free and transparent elections, respect for human rights. Several countries saw fit to organize “national conferences” intended to agree on how to use this new model. Others skipped the step and new balances of power appeared on the continent, expressed during electoral consultations that were certainly not always transparent, but considered by the international community as pledges of goodwill.

It was the second transplant. It does not seem to have taken better, since since 1990 Africa has experienced 50 coups, including 20 in the ECOWAS space alone (which includes 15 West African countries).

A misunderstanding about majority voting

Barbara Kingsolver had sensed that half the village would be unhappy with this 51/49 rule. And while it is true that electoral results were quite often doctored in most African states, they were generally considered by the international community as indicators of good democratic health. When François Bozizé, Blaise Compaoré or several others of the same autocratic nature were overthrown, the voices were almost unanimous in deploring the fact that “democratically elected presidents” had been deposed.

But the “discontent of the village” has sometimes turned into insurrectionary situations. In the 2010s, the Arab Springs saw hundreds of thousands of people demonstrate against autocrats, who were eventually overthrown with military support. In this dynamic, the case of Burkina Faso deserves to be underlined: the observers (and the actors) considered that it was the people who had forced Blaise Compaoré to resign on October 31, 2014.

Naturally, the army ended up siding with the demonstrators to facilitate the changeover, but “the street” continued to make its voice heard long after the overthrow of the “democratically elected” president. Thus, at the time, so-called spontaneous demonstrations broke out in the capital Ouagadougou each time a decision by the transitional government did not please. In 2021 in Dakar, massive popular demonstrations similarly besieged the court supposed to try a politician.

We could then speak of “ruecracy”, and it would perhaps have been relevant to deepen the analyzes of these popular movements which implicitly aim to replace the executive and legislative powers, or even the judiciary, when these do not go in their senses.

Since then, this seemingly contradictory trend – which consists of demanding a return to constitutional order and the organization of elections as soon as possible, while contesting the value of the decisions taken at the polls – has flourished, particularly on the occasion recent coups (Mali and Burkina Faso). We have thus been able to hear on numerous occasions demonstrators, activists and members of civil society asserting that the army was right to overthrow a president who did not give satisfaction. Often this judgment was supplemented by a warning from the West when it intends to give lessons in democracy to Africa.

“Do the failures of democracy in Africa reflect the inability of Westerners to export their ‘model’, or the immaturity of Africans? asked Achille Mbembé in The world of October 18, 2011. And the writer responds:

“The question is not whether Africans are ripe for democracy, but to get down to this patient and critical work of inventing social forms of exchange that correspond to people’s memories and practices. »

If we stick to memory, we will have to come back – unless there is an error in historical knowledge – to gerontocracy. If we refer to “people’s practices” as they have been expressed for several years in African capitals, it will indeed be necessary to “invent social forms of exchange” which will deviate from known models, knowing that gerontocracy and “ruecracy” are not compatible.

The specter of theocracy

And we will have to act quickly, because there is a model whose shadow hangs over the entire Sahelian zone: that of theocracy, carried by Islamists who are not called jihadists without reason. Northern Mali has had the opportunity to experiment with this regime for several months, and the signs coming to us from Afghanistan are very worrying.

For the time being, Africa is experiencing an expansion of stratocracy (from the Greek stratos, army), because it is men in fatigues who ensure what they call “transitions” towards regimes corresponding to the constitutional order, of which nothing prevents them from belonging permanently. A dozen African countries are in this case. In the Sahel, this could unfortunately constitute the transition to a theocracy.

Finally, this generalized instability seems to denote a loss of confidence of the people in the institutions. Soon could circulate this paraphrase of Mitterrand’s speech: “The Africa of which we are, we Malians, or Burkinabè, or Guineans, displays the regimes of Bongo, Biya, Kagame, Goïta, Deby, Damiba, Doumbouya . Excuse a bit. So what is the right model? »