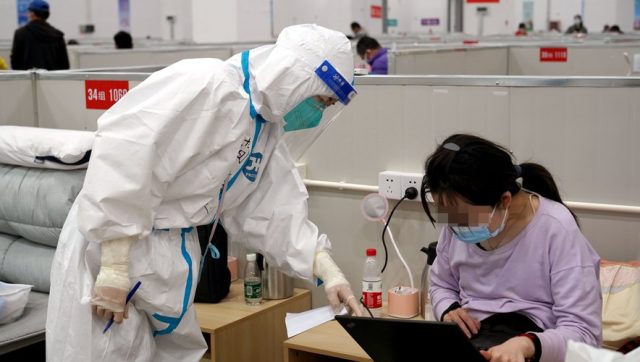 The pressure is increasing in Shanghai where the Chinese population has been under strict confinement for several weeks. The zero Covid strategy is beginning to weigh heavily on the inhabitants of the metropolis.

Twelve people died on Friday as a result of COVID-19 contamination in Shanghai, against 11 the day before, announced on Saturday the health authorities of the largest Chinese city whose population is exasperated by the restrictions introduced to stem the spread of the virus. .

The anger of the inhabitants of Shanghai, faced with draconian measures, has not weakened in recent days without encouraging the authorities to lighten these measures which aim to eradicate the virus. “The more difficult the period, the more you will have to grit your teeth and hunker down,” said Gong Zheng, the city’s mayor, as quoted by the official government channel WeChat. Outside areas subject to strict quarantine, the number of positive diagnoses came out on Friday at 218 against 250 the day before.

According to Liang Wannian, who heads the expert council at the National Health Commission, the so-called “zero COVID” policies buy the government time to prepare for an amplification of the vaccination campaign. Shanghai and its residents have been under strict lockdown since April 1, but some of them have been locked down for longer, without stopping the virus from continuing to spread.