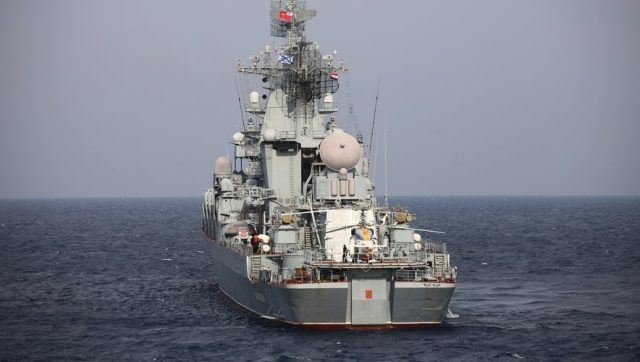 Russia has just provided for the first time since the sinking of the Moskva an official report. One dead and 27 missing after the Russian cruiser sank. A major step forward for the families of the alleged victims.

Since the sinking and disappearance of the Russian cruiser Moskva, the Russian authorities have claimed that the entire crew of the boat had been saved. Change of version in recent hours for the Kremlin which now claims that 27 sailors are missing. Russia only recognizes one death so far.

“A soldier was killed and 27 other crew members are missing. (…) The Ministry of Defense provides all the support and assistance necessary for the families and friends of the deceased and the missing”, announced the Russian Ministry of Defence, relayed by several Russian press agencies quoted by AFP.

When it sank on April 14, the Russian cruiser Moskva had no less than 680 people on board. It now appears that the cause of the ship’s desalination is of Ukrainian origin. kyiv claims to have fired several missiles at the building. Russia, for its part, claims that explosions are the cause of the tragedy. The United States confirms, from well-informed sources, the Ukrainian version.

The Russian authorities had refused for several days to officially announce a report. Our colleagues from Guardian had collected the testimonies of the Russian families of the sailors, in search of their missing relatives. Three families have confirmed that a loved one has died. The various testimonies also confirm the presence of conscripted soldiers on the boat, information previously denied by Russia.