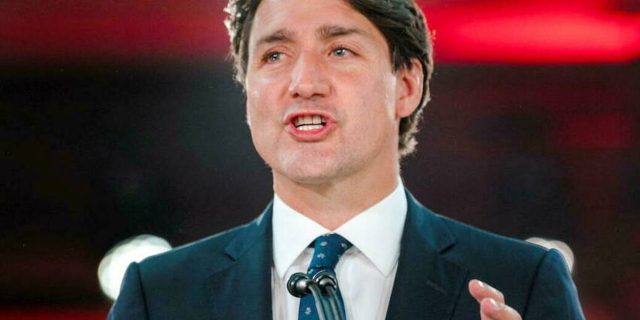 LCanadian Prime Minister Justin Trudeau said on Wednesday that the “blockages” were “unacceptable” and had “a negative impact on the Canadian economy”, on the 13th day of a movement to protest health measures in the country. “Blockages, illegal demonstrations are unacceptable” and have “a negative impact for our businesses, our manufacturers”, lamented the head of government before the deputies while the capital Ottawa and certain essential trade routes have been paralyzed for several days. “We must do everything to put an end to it,” insisted Justin Trudeau. Initially baptized “freedom convoy”, this movement aimed to protest against the decision to oblige truckers to be vaccinated to cross the border with the United States. It has since become a general protest against health measures as a whole and against the government.

Ottawa police also threatened Wednesday to arrest any protester blocking the streets, for the first time after 13 days of protest against health measures that paralyzes the Canadian capital. “We advise you that anyone who blocks the streets or helps others to block them may be prosecuted” and “is likely to be arrested,” police warned in a statement, adding that vehicles could also be seized.

For three days, protesters have also blocked the Ambassador Bridge, which connects the city of Windsor in Canada to Detroit in the United States. This bridge is crucial for the automotive industry but also for American hospitals which employ many Canadian nurses: it sees some 40,000 people pass through it every day and 323 million US dollars worth of goods.

“The lockdown puts supply chains, the auto industry, because this bridge is a key channel at risk,” White House spokeswoman Jen Psaki said, noting that President Biden’s team was in “close contact” with Canadian and American border authorities. “The interruption of the movement of essential goods and services on the Ambassador Bridge is already having enormous consequences for Canadian industry and workers,” said Bill Blair, Minister of Emergency Preparedness, during a press briefing. .

Read:  Accused of sexual assault, Kevin Spacey wants to defend himself in court

On Wednesday, nearly 5,000 factory workers in the region were sent home due to “criminal actions” by protesters, he said. The demonstrators “break the law” abounded his Public Security counterpart Marco Mendicino, indicating that factories could have to close as early as Wednesday afternoon. “Very concerned” about the economic consequences for the region, Drew Dilkens, the mayor of Windsor, a city of 200,000, has asked for reinforcements to end the protests. Thousands of miles away, demonstrators again blocked the Coutts border crossing in Alberta (west) as well as the surroundings of the Winnipeg parliament in Manitoba (center).