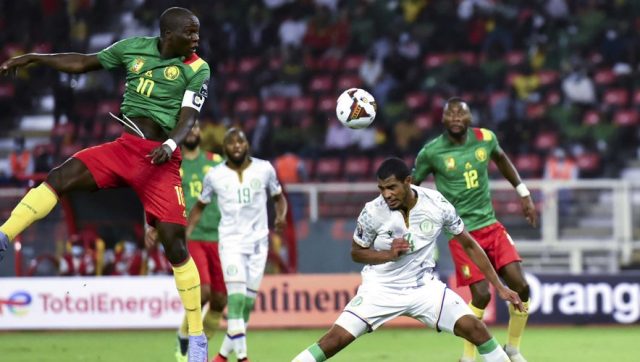 The Olembé disaster, the dramatic high point of a competition marred by errors.

Security threat, Covid-19 pandemic and above all deadly stampede on Monday put pressure on the CAN which ends in more than ten days.

At least eight dead and 38 injured, this is the latest assessment of the tragic stampede on Monday January 24 in front of the stadium located in Olembé in the suburbs of Yaoundé, before the round of 16 won by Cameroon against the Comoros (2-1) .

Nicknamed Paul-Biya, in reference to the country’s president, this enclosure, the largest in the country with 60,000 seats, was delivered three years late, just before the start of the competition, while its surroundings were not completed.

At the end of November, the general secretary of CAF, Véron Mosengo-Omba, had written to the Minister of Sports of Cameroon to inform him of “serious concerns about the organization of the tournament”. And these concerns particularly concerned the surroundings of the new Olembé stadium. The quarter-final which was scheduled there on Sunday will finally be moved to the other stadium in Yaoundé.

Cameroon, which was initially to organize the 2019 edition which was eventually relocated to Egypt, had a major adversary: ​​the pandemic and the Omicron variant. If it has so far spared the Cameroonian host, many selections have been disrupted by cases of Covid-19… Until the paroxysmal situation of the Comoros who had to play their round of 16 against Cameroon without a professional goalkeeper, with a full-back in goal…

Against this backdrop, Gambia coach Tom Saintfiet castigated the lack of fairness in the treatment of teams: “Six players sleep in the same room, with the same bathroom, the same shower”, and “only two, three staff members have a single room, the others sleep two in the same bed, in the time of the Covid”, described the Belgian.

As for the middle of the Comoros, Youssouf M’Changama, he denounced “lack of ethics” after the elimination of his team after a heroic match despite the circumstances (2-1).

English-speaking separatists in the West, Boko Haram jihadists in the North: it was in a tense security context that the CAN organized in a country in a situation of war on part of its territory opened.

Before the opening of the competition, independence rebels had threatened to attack the teams which play in Limbé and train in Buea, in the West. And on January 12, in Buea, shootings between soldiers and armed men caused injuries, the local authorities evoking “sporadic incidents” which have not been claimed.

The phrase “A game lasts 90 minutes” is a classic footballer’s language. A classic that the referee of Tunisia-Mali (0-1), Janny Sikazwe, made the lie by whistling the end of the match prematurely. The images went around the world while the Tunisian press choked: “Shame”, “prank call”, “masquerade”.

A episode “more than bad for the image of the tournament”, according to Patrice Neveu, coach of Gabon. “The image of the CAN does not depend on Cameroonians”, “they are not responsible for the referee, you have to ask Patrice Motsepe”, the boss of African football, reacted the legend of Cameroonian goalkeepers Joseph-Antoine Bell. In very difficult conditions (35°C and 65% humidity), the referee actually suffered from heatstroke.