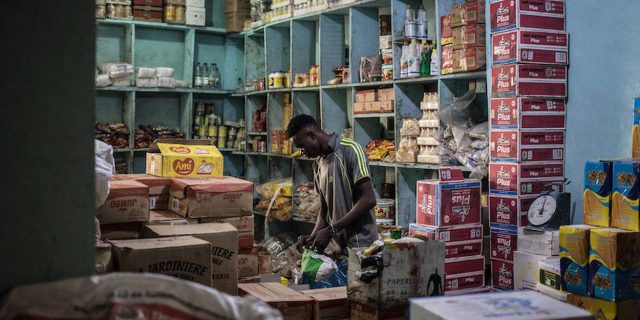 Ln January 9, the Economic Community of West African States (ECOWAS) and the West African Economic and Monetary Union (UEMOA) harshly sanctioned the plan of Malian colonels to extend the transition initiated in August 2020. Mali’s borders are now closed with the other 14 ECOWAS states, except Guinea, where the ruling colonels have shown solidarity with their Malian colleagues. Commercial and financial exchanges are suspended, except for basic necessities.

The calculation of ECOWAS and UEMOA is simple: that the embargo forces the so-called transitional authorities to submit an acceptable timetable for the return of civilians to power. Mali, deprived of access to the sea, imports 70% of the food consumed daily by its inhabitants, according to the UN. And today’s limited link with Senegal (more than 20% of Malian imports come from Senegal and 80% of its freight passes through Dakar) or Côte d’Ivoire is vital. Only three bordering countries have kept their borders open, Mauritania, Algeria and Guinea.

But a month later, if the first warning signs are there, the authorities dominated by the military seem to be standing up.

What concrete effects today in Mali?

The immediate application of these sanctions, with effect from January 9, first of all had a strong impact in the field of transport, because many orders in transit found themselves blocked, in particular on the Dakar axis. -Bamako, one of Mali’s main supply routes.

But perhaps the most visible warning light came on in late January when Mali found itself unable to meet repayments of more than $30 million borrowed on the West African market. “Because of the restrictions and despite having sufficient assets of the Public Treasury of Mali in its books, the Central Bank (of the States of West Africa, BCEAO) did not proceed to the payment of the deadline of January 28 2022”, indicated the Minister of Economy and Finance Alousséni Sanou. Mali “has always honored its commitments on the financial market (and) wants to reassure investors of its willingness and ability to meet its commitments”. The government directly accused the BCEAO of having violated its statutes by applying the financial sanctions decided by regional organizations against the ruling junta in Bamako.

Read:  War in Ukraine: Tunisia in the eye of the storm

This is not the first time that Mali has been subject to economic sanctions. A similar decision was taken in August-September 2020, following the first coup led by Colonel Assimi Goïta. The consequences had weighed heavily on the country, depriving it of its exports, and therefore of foreign currency earnings.

How do people react?

The effect of West African sanctions is less obvious for the moment on the daily lives of some 20 million Malians. But within a population tested by ten years of conflict and economic crisis, there is more and more talk of an increase in the prices of products as essential as sugar and the bag of cement. “I take fewer onions and less oil, even though that’s what we cook the most,” says Mame Koïta, 46 and mother of four, in front of a full stall in the Bolibana district of Bamako. For years, she says, her basket has felt lighter with each return from the market. And among all the interlocutors questioned by AFP, nearly one in two complains that life has become even more expensive because of the sanctions.

No massive movement denouncing the increase in the cost of living has emerged so far. And the scattered voices raised in this direction are drowned out by the discourse of “resistance” held by the authorities in the name of national sovereignty.

Choguel Kokalla Maïga, head of the government installed by the military, castigated the sanctions on Monday as “unjust and savage measures whose objective is to asphyxiate Mali” and to overthrow the regime, “on behalf of whom we know », a clear reference to France, which has become the recurring object of his vindictiveness. Many Malians adhere to this rhetoric. In mid-January, they had massively taken to the streets (four million people in Mali and abroad according to the head of government) to protest against the sanctions.

The depth of the economic bite is difficult to assess. The state of the funds used to pay civil servants or operating expenses, for example, is known only to certain State departments. And local experts are very discreet on this sensitive subject. “Is Mali heading into the wall, or has everything been planned? We can only stick to the outward signs to understand what is going on, ”underlines a social science researcher on condition of anonymity.

The authorities have capped the prices of subsidized products. State television, the junta’s privileged communication organ, filmed the raids which are multiplying on the markets, according to it to control prices. “The stocks of basic necessities are sufficient, largely sufficient”, assures at this stage the Minister of Commerce, Mahmoud Ould Mohamed. Price increases are put on the backs of profiteers. The National Union of Workers of Mali, a central trade union, attacked in a press release the “aggressiveness of certain compatriots to enrich themselves on the misfortunes of the populations”. In his wholesale shop in Bolibana, Mouhamadou Bagayoko defends himself: “Scarcity leads to an increase in the price of raw materials, it’s not our fault, it’s everyone’s fault. “With the additional sanctions, “the reality for consumers is really pitiful”, underlines Mariam Diakité, who launched a consumer defense association in early 2021 with two friends. So “we have to join hands, no more question of for or against, of transition, we have to fight together”.

On the ground of the negotiations, Wednesday February 9, the authorities seem to invest in a new approach, since they announced that they were in discussion with the community of West African states and other partners to find a “compromise on timelines for a return of civilians to power. For this, a “dialogue group” has been set up, and as confirmed by the Ministry of Territorial Administration, it has already met at the end of January at ministerial level. This group aims “to reconcile positions and seek compromise”. It is made up of the Economic Community of West African States, the African Union, the United Nations and a number of countries, including Ghana – which holds the presidency of ECOWAS –, the Senegal – which exercises that of the AU – or even Mauritania, neighboring Mali.