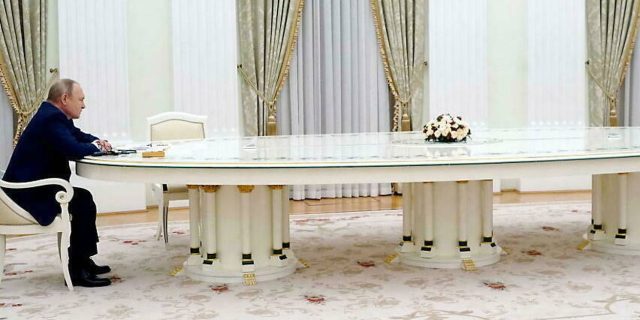 PWhy Ukraine? We know its importance in the Russian historical narrative, as well as in its geopolitical vision of Europe. But one can wonder whether there isn’t a deeper dimension to Moscow’s attachment to Kiev, which has to do with what one might call Russia’s “demographic insecurity”. While the country’s population is shrinking, Central Asia’s is growing, and China’s shadow increasingly hangs over the eastern part of the former Soviet Union. In a way, for Russia, losing Ukraine means trading a European future for an Asian future.

But Central Asia presents a dilemma to Moscow. On the one hand, Russia needs workers from this region. On the other, she is wary at the same time of immigration…