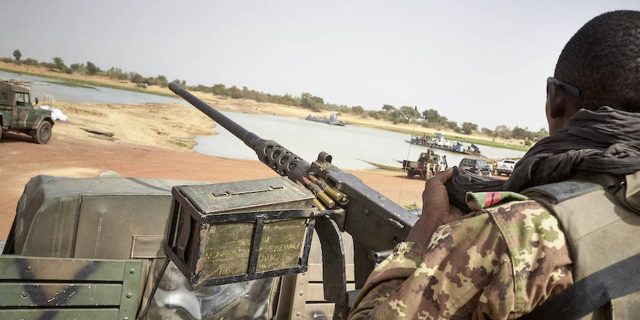 VFriday April 8 on France 5, the French Minister of Foreign Affairs, Jean-Yves Le Drian, seriously questioned the version of the Malian authorities on the events of Moura, this village in the center of Mali at the heart of the news in recent days . “The Bamako authorities announce 200 terrorists killed, with no civilian casualties. I find it hard to believe, I find it hard to understand, I find it hard to accept these explanations”, hammered Jean-Yves Le Drian, calling for a “United Nations investigation” while the versions still diverge between the Malian authorities who claim for their part to have “neutralized” 203 jihadists in this locality and several NGOs, including Human Rights Watch which reported the summary execution of nearly 300 civilians by Malian soldiers associated with Russian fighters between 27 and March 31 in Moura.

On Saturday, from Gao, Mali, German Defense Minister Christine Lambrecht also demanded an investigation into the “atrocities” committed at the end of March in Moura, renewing her doubts about the maintenance of the German military commitment in the country. “We see that Malian soldiers are being trained in a tremendous way by highly motivated and skilled German soldiers, and then they go on missions with these capacities, for example with Russian forces, even with mercenaries,” he said. she declared. “And the question then arises of whether this can be compatible with our values, especially if we then have to witness atrocities like in Moura,” she continued.

The UN Minusma mission “sought to access the area and was able to carry out a reconnaissance flight on April 3”, said, on Thursday, the UN envoy for Mali, El-Ghassim Waneau Conseil de security. But “the authorization to deploy an integrated mission has not, so far, been authorized”, lamented the emissary. “If the announcement last night (Wednesday) by the prosecutor of the Mopti military court of the opening of an investigation (…) is a welcome initiative, it is imperative that the Malian authorities provide the necessary cooperation so that the Minusma has access to the site of the alleged violations, in accordance with its mandate”, he underlined.

Since the beginning of the year, the Minusma has opened seventeen investigations into allegations of attacks against civilians, extrajudicial arrests, ill-treatment, enforced disappearances and extrajudicial executions in central Mali.

“We helped our Malian friends”

In this context, the Malian junta received the support of its Russian ally. Indeed, Moscow has blocked the request of the UN Security Council to have “independent investigations” into this alleged massacre which took place at the end of March of several hundred civilians. This request was contained in a declaration drafted by France and which was submitted for the approval of the Security Council. The text underlined the “deep concern” of its members “at the allegations of human rights violations and abuses in Mali” and called for “in-depth and independent investigations to establish the facts, find those responsible and bring them to justice”.

Read:  War in Ukraine: more than 260 fighters evacuated from Azovstal

Russia, supported by China, opposed it, according to several diplomatic sources joined by AFP. Moscow and Beijing “did not see the need” for this text, deemed “premature” when an investigation was opened by the Malian authorities, one of these diplomats told AFP on condition of anonymity.

The tone is totally different on the Moscow side. The Russian Foreign Ministry went so far as to congratulate Mali, or rather the junta which has taken power since August 2020, for its “important victory” against “terrorism” and qualified as “disinformation” the allegations on the massacre of civilians by the Malian forces, as well as those on the involvement of Russian mercenaries from the private company Wagner in the operation. While accusing the West of having “staged” a campaign to “highlight Moscow’s involvement in war crimes”. “We have helped our Malian friends and we will continue to do so,” the statement continued. Unfailing support between the two allied countries, which was illustrated on Thursday, April 7, when Bamako voted against the resolution on the suspension of Russia from the Human Rights Council of the multilateral organization to the UN General Assembly.

France and Westerners denounce the appeal made, according to them, by the Malian authorities to the Russian private security group Wagner, whose actions are controversial. The Malian authorities claim not to use mercenaries and speak of state-to-state cooperation with Russia.