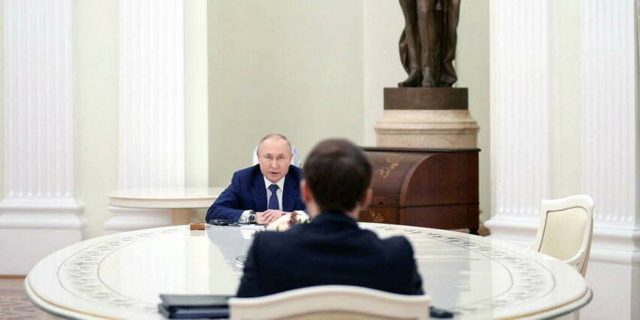 Lhe war in Ukraine will be long; a real negotiation with Vladimir Putin on a political settlement is unlikely at this stage; the West has few levers at its disposal; a chemical or nuclear escalation is a possibility that must be considered. It is a pessimistic and disillusioned vision of the ongoing conflict at the gates of Europe that Emmanuel Macron delivers in his great interview with the Point.

On the strength of his long telephone discussions with the Russian leader since the start of the aggression against Ukraine seven weeks ago – they spoke at least nine times, often for more than an hour each time – , the President of the Republic shows no illusions about the will of the master of the Kremlin to go all the way. “Vladimir Putin decided a few weeks ago…