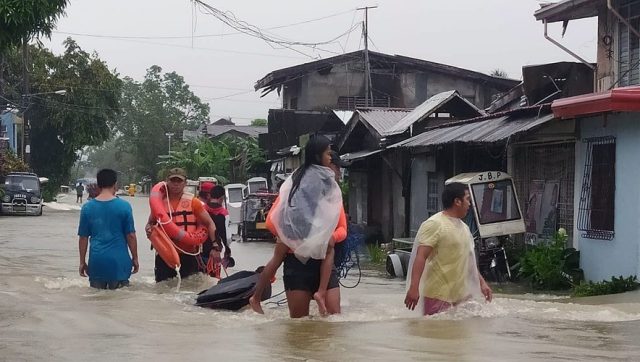 This Tuesday, April 12, the authorities announced the deaths of at least 42 people following the landslides and floods that occurred after the passage of the Megi storm. Research is suspended for the time being.

Megi, the first major tropical storm of the year, hit the Philippines. And it hit hard, killing at least 42 people according to the latest official reports. For the time being, according to our colleagues from BFMTV, the research is suspended.

All day long, rescuers searched, “sometimes with their bare hands, for survivors in several mountain villages engulfed in mud“. With dusk, the search was suspended: “it was ‘too dangerous’ to pursue them in the dark,” said Marissa Miguel Cano, spokesperson for the municipality.

A balance sheet that could still increase

Located in the center of the country, it is the Baybay region which is currently the most affected, according to Le Monde. On the spot, “thirty-six people died and twenty-six are missing”, indicate the local authorities. “Three people were also killed in the province of Negros Oriental, and three others on the southern island of Mindanao,” details the National Disaster Management Agency.

His spokesman, Mark Timbal, told AFP that “many residents were taken by surprise by the landslides while they were in their homes”, emphasizes BFMTV. The toll could rise further on Wednesday, with many people still missing.