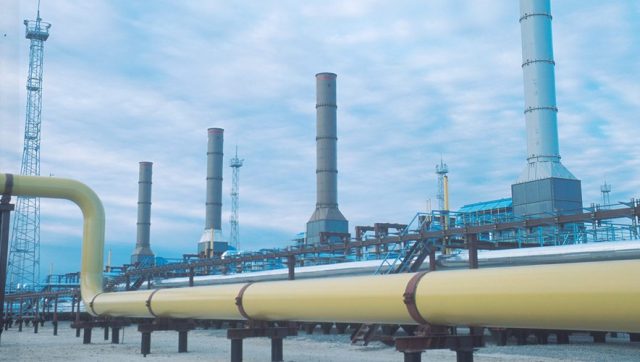 The tensions between Ukraine and Russia will have many repercussions on the French economy.

The conflict between Russia and Ukraine will have direct consequences on the French wallet. The prices of gas, oil or wheat could still soar, when they have already been on the rise for several weeks.

Rise in the price of gas

Indeed, Germany announced on Tuesday, February 22, the suspension of the authorization of the controversial Nord Stream 2 gas pipeline linking Russia to Germany, and which must transport Russian gas to Europe. This gas pipeline should enable Russia to double its natural gas transit capacity to Europe and no longer depend on pipelines passing through Ukraine.

Gas prices rose again on Wednesday in Europe. The price of gas on the Dutch futures market, the benchmark in Europe, rose by almost 5% to 83 euros per megawatt hour on Wednesday, according to RTBF.

“We are going to have a rise in gas, electricity and oil prices”thus warns the economist Philippe Chalmin at the microphone of franceinfo, Europe remaining very dependent on Russian gas and oil.

Economy Minister Bruno Le Maire tried to reassure the French. “We are not very exposed, the Russian market is not strategic for France”, he declared on Wednesday February 23 on BFMTV, while recalling that France currently only relies on Russia for its gas imports. up to 20%, unlike Germany which imports 60% of its gas from Russia.

Rise in the price of oil

But gas and oil prices could still rise in the coming weeks. “France will adapt,” said the Minister of the Economy. Tuesday, before the Senate Finance Committee, he promised that the government would maintain “the gas price freeze for individuals in all circumstances”while this blockage decided in October to fight against inflation must end in June 2022.

“35% of petroleum products consumed in the European Union come from Russia”explains to the Dépêche du Midi, Estelle Brack, economist and specialist in banking and financial systems.

Read:  When the Swiss shun the French presidential election

The price of a barrel of oil exceeded 100 dollars on Thursday for the first time in more than seven yearsafter Russian President Vladimir Putin announced a “military operation” in Ukraine, reports BFMTV.

The price of certain cereals could also be impacted by the crisis between Russia and Ukraine, such as wheat or corn. With Russia, Ukraine, long baptized “the granary of Europe” accounts for a quarter of world wheat exports. “We know full well that Ukraine is a major producer of wheat and cereals. We here, when we buy flour from our miller, he may be from Occitania, the price of wheat is fixed at a world price” , confided a Toulouse baker to our colleagues from Franceinfo. According to our colleagues, the price of wheat has jumped 6% since Tuesday, February 22.