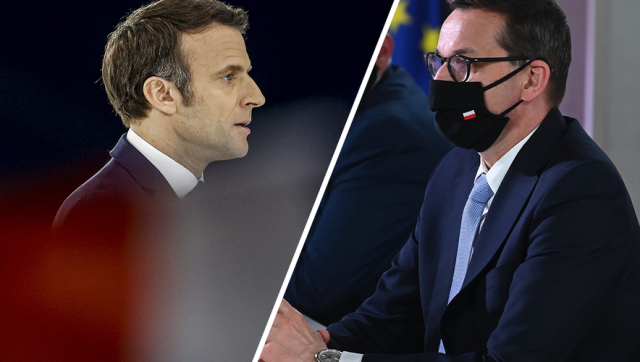 Poland on Monday denounced the attitude of French President Emmanuel Macron, who persists in seeing Vladimir Putin as an interlocutor, declaring that no one “had ever negotiated with Hitler”.

These statements come in a context of strong emotion caused by the discovery of abuses attributed to the Russian army in the Kyiv region.

Poland has repeatedly called for tougher sanctions against Russia and called for the creation of an international tribunal to investigate civilian deaths in Ukraine. “Mr President Macron, how many times did you negotiate with Putin, what did you get?” Asked the Polish Prime Minister Mateus Morawiecki.

“Have you stopped anything?” he asked again at a press conference.

“No one should negotiate with criminals, they must be fought. No one negotiated with Hitler. Would you negotiate with Hitler, Stalin, Pol Pot?” Responding to this apostrophe, the French presidency said it was important that President Vladimir Putin understood the demands of the West and what it would cost Russia if it ignored them.

“From the beginning the President has used all available instruments to make President Putin end the war: massive sanctions, support for Ukraine, demands presented directly to President Putin during their calls. It is important that Putin knows our demands and that that it costs not to answer it”, said the Elysée.

“Our determination is total to punish the abuses of this war. The president condemned the crimes of Boutcha yesterday and called for full light to be shed by the relevant bodies to hold Russia to account.” “We are also for a new package of sanctions including the embargo on oil and coal.”