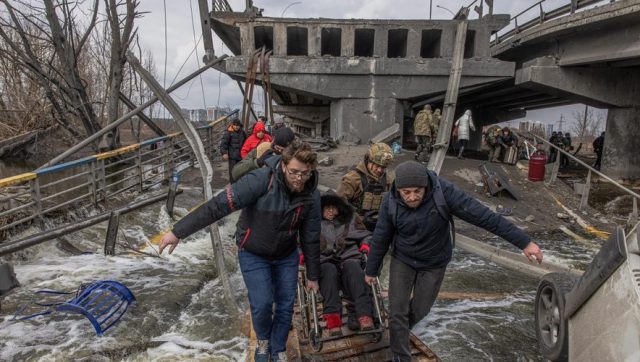 All information related to the Russian invasion of Ukraine this Sunday, April 10, which marks the 46th day of the conflict.

– More than 1,200 bodies discovered in the kyiv region

“To date, we have 1,222 people killed just for the Kyiv region,” said Iryna Venediktova who spoke in English on Sky News.

– Ukraine has opened 5,600 investigations for war crimes committed by Russia

Ukraine has opened 5,600 investigations for alleged war crimes on its territory since the start of the Russian invasion, Ukrainian Prosecutor General Iryna Venediktova told British channel Sky News on Sunday.

The Russian military fired missiles at several infrastructure and buildings on Sunday in the Dnipro and Luhansk regions of central-eastern and eastern Ukraine respectively, Ukrainian authorities said, resulting in the destruction of a airport.

EU foreign ministers will discuss a sixth package of sanctions against Moscow on Monday in Luxembourg. Stopping the purchase of Russian oil and gas, however, is not unanimous among the 27.