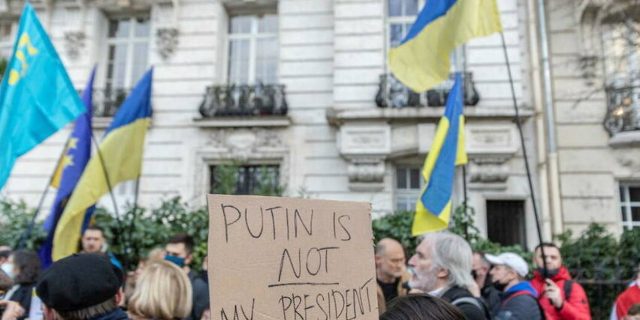 IThey are journalists, researchers or youtubers and are in the eye of the Russian government, which has added them to its list of “foreign agents”, in the midst of a wave of repression since the offensive in Ukraine. The Russian Ministry of Justice has added nine people to this list which now includes more than 140 media and personalities.

“Foreign agents” are subject to numerous constraints and tedious procedures, under threat of heavy penalties. In particular, they must indicate this status in all their publications. Among the newcomers, we find in particular the Youtubeur Yuri Doud, a journalist famous throughout Russia for his interviews and documentaries tackling sensitive subjects, such as Stalinist repressions or authoritarian excesses in Russia. In 2020, he interviewed opponent Alexei Navalny, now imprisoned in Russia, and his wife, Yulia.

Read:  On the Scottish islands, locals want to compete with Airbnb

A caricaturist, Sergei Elkine, renowned for his drawings making fun of Russian power, has also joined the list of “foreign agents”, as well as an influential liberal political scientist, Ekaterina Schulmann. “Of course, I expected it,” Ekaterina Schulmann told Agence France-Presse. An investigative journalist, Roman Dobrokhotov, creator of the Russian media The Insider, and an activist for LGBT rights, Karen Chainian, are now also “foreign agents”. In September 2021, Roman Dobrokhotov confirmed that he had left Russia to avoid prosecution.

On April 12, on YouTube, Ekaterina Schulmann for her part indicated that she had gone to Germany after having had a scientific grant in Berlin. Cartoonist Sergei Elkin announced on April 13, on Facebook, that he had left Russia. Since the Russian offensive in Ukraine, dozens of members of the Russian intellectual elite and journalists have left the country, while the power is intensifying its pressure intensively against the last media and critical voices.

Read:  In Brussels, Macron brings together the Armenian and Azerbaijani leaders