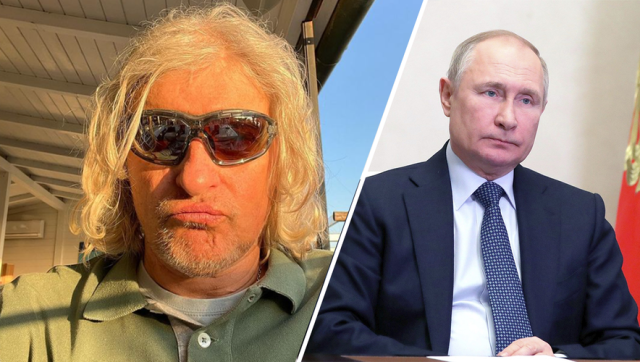 Russian businessman Oleg Tinkov on Tuesday publicly condemned what he calls Moscow’s “crazy war” in Ukraine, saying 90% of his compatriots do not support it and calling on the West to offer Vladimir Putin the possibility of an honorable exit.

“I don’t see a single beneficiary of this crazy war! Innocent people and soldiers are dying,” the founder of Tinkoff Bank, Russia’s second largest credit card issuer, wrote on Instagram. the presidency in 2020. Moscow continues to present the invasion of Ukraine, which began on February 24, as a “special military operation” aimed at demilitarizing and “denazifying” its neighbor.

kyiv and the West reject these arguments and Russia is targeted by multiple sanctions affecting the State, its leaders, companies and many businessmen, including Oleg Tinkov.

Several oligarchs have publicly called for peace, but the Kremlin remains supported by a large part of the Russian population and has launched a communication campaign using the “Z” logo of the armed forces.

Read:  War in Ukraine: the images of the terrible bombings that took place last night in Kharkiv

“Of course, there are morons who draw Zs but there are 10% of morons in all countries; 90% of Russians are AGAINST this war”, writes Oleg Tinkov. “The Kremlin leaders are shocked because they and their children will be deprived of the Mediterranean this summer. Businessmen are trying to salvage what is left of their property,” he adds.

“Generals wake up hungover realizing they have a shitty armyIn English, he adds “Dear ‘Western community’, please show Mr. Putin a simple way out so he can save face and stop this massacre. Please be more rational and human.”

Oleg Tinkov, 54, owns 35% of TCS Group Holding, a company based in Cyprus whose activities range from banking to insurance and mobile telephony. It could not be determined whether he is in Russia.