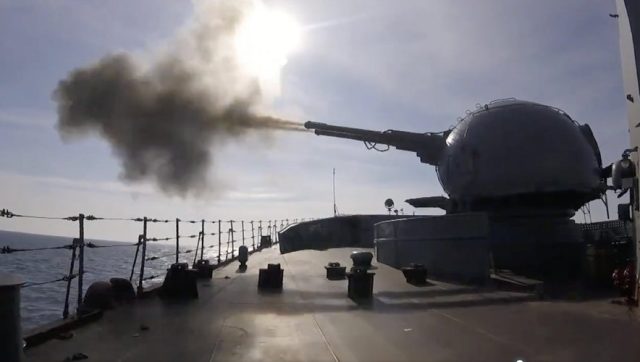 Follow the evolution of the conflict in Ukraine throughout the day this Thursday, April 14.

– Cruiser Moksva “did not sink”

The Moskva cruiser “did not sink”, and “the explosions on board have ceased”. This is what the Russian Ministry of Defense has just announced.

– Reopening of humanitarian evacuation corridors after a suspension

Ukraine announced on Thursday a resumption of evacuations of civilians via nine humanitarian corridors, in particular from Mariupol in the south-east of the country, after a day of suspension due according to kyiv to Russian violations of the ceasefire.

The Russian Ministry of Defense has admitted to having evacuated the entire crew of the cruiser Moskvawhich can accommodate up to 510 crew members, according to Ukrainian authorities, who announced that they hit it with Neptune missiles on Wednesday evening.

Read:  The United States and Iran on the cusp of an agreement

– The head of Irish diplomacy in kyiv

Irish Foreign Minister Simon Coveney is in Kyiv today. This is the first visit by a foreign minister from a non-permanent member of the UN Security Council since the start of the conflict.

He will meet his two counterparts, the Ukrainian Minister of Foreign Affairs and that of Defence.