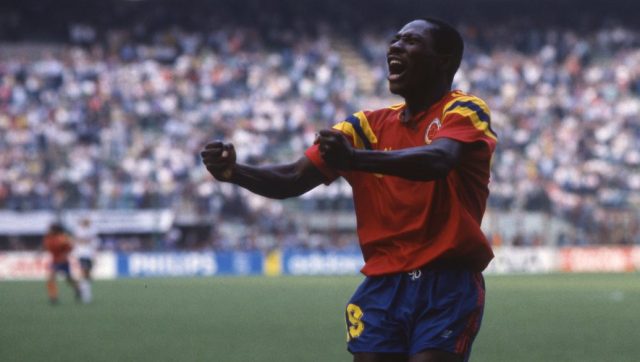 Former Colombian football star Freddy Rincon, who was captain of the national team and midfielder at Real Madrid, died on Wednesday April 13 in Cali, in southwestern Colombia, after being the victim of a car accident two days earlier, his doctors said.

The 55-year-old ex-player was hospitalized on Monday April 11 in critical condition, after a violent collision between a bus and the van in which he was traveling. “Despite all the efforts made by our medical team, patient Freddy Eusebio Rincon Valencia died today,” the Imabanaco clinic in Cali, where he was being treated, said in a statement.

Nicknamed “El Coloso” (“the colossus”), Rincon had been one of the stars of the Colombian national team during the 1990 World Cup in Italy and the golden generation qualified for three consecutive World Cups (1990, 1994 and 1998).

Read:  Many Americans are mobilizing to defend the right to abortion

It was Freddy Rincón \ud83c\udde8\ud83c\uddf4.
Died yesterday after an accident at 55 years old.
Here, his equalizing goal against Germany at the 90 World Cup on a blind pass from Valderrama which allows Colombia to qualify for its first round of 16 in its history.pic.twitter.com/PykLxCSpm4