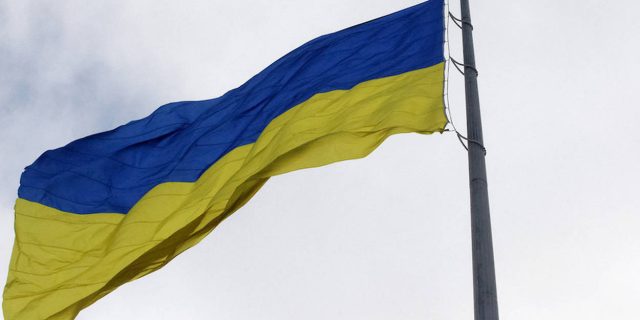 DSince the start of Russia’s military operation in Ukraine overnight from Wednesday to Thursday, concern has been growing in the Ukrainian diaspora. And especially in Paris. In the Cathedral of St. Volodymyr the Great in the 6and district of the capital, paintings of martyrs from Eastern Europe stand side by side with photos of victims of the repression of the 2014 uprising in Ukraine. And prayers are addressed to the soldiers defending “the fatherland” against Russia.

“May the Lord protect […] those who suffered the consequences of the war”, recites a clergyman in French during the mass. “Let us pray again that God watches over all the soldiers who fulfill their duty to protect and defend the homeland. The litany, intended for the military, corresponds to “the reality of war”, when “there are wounded, dead”, observes Father Ihor Rantsya, the rector of the cathedral, interviewed by Agence France-Presse . “During the pandemic, we prayed for hospitals and health workers. Now, we read this passage. Faith is not something abstract. »

The Ukrainian reality is in fact omnipresent in the small church built in the 16thand century, in a bourgeois district in the center of Paris, where sermons are given in the language of Kiev. The blue and yellow national flag flies alongside a French banner. A dove of peace is drawn on a wall. And the faces of a hundred “heroes”, killed in 2014 by the then pro-Russian Ukrainian power during the uprising in Maidan, a central square in Kiev, seem to be looking at the altar.

“Our Church knows history and knows its dangers”

Founded at the end of the Xand century, the Ukrainian Greek Catholic Church, with five million faithful, including more than four in Ukraine, is defined by its “pro-European” side, notes Father Ihor. Placed under the jurisdiction of Rome since 1596, it is much closer to the model of Western society than Russian, he continues. “Each time a Russian regime, whether czarist, communist or Putinist, takes over a part of Ukraine where [nous sommes] installed, our Church is destroyed”, remarks Monsignor Borys Gudziak, the former bishop of Paris, now archbishop of Philadelphia (United States), questioned after the recognition by President Vladimir Putin of the independence of the separatist regions of the east. from Ukraine.

Some 400,000 Ukrainian Greek Catholics were thus deported to Siberia after the Second World War, he tells Agence France-Presse, when churches active in the pro-Russian separatist territories of Donetsk and Lugansk were closed after 2014 , according to Father Ihor. “Our Church knows the story and she knows its dangers,” said Ms.gr Borys, citing the Holodomor, the great famine orchestrated by the Soviet regime, which killed millions of Ukrainians in the 1930s. And praising freedom of religion and expression in Ukraine and Europe, when the Russian regime repress”.

Vladimir Putin is “like a dictator who didn’t listen to France, the Americans, or Europe and who does anything, just… like Hitler! “Worried Mykhailo Andrushko, a 50-year-old with a broad build, among the thirty faithful who came to attend mass on Tuesday evening. Oksana Kalashnik, a Ukrainian housekeeper who has lived in Paris for two years, called the Russian president a “terrorist”.

“The level of stress is increasing” among the parishioners, of whom “some are approaching depression”, regrets Father Ihor, 42, who confides that he himself has trouble putting down his phone in search of information on his country. The faithful “ask us how to react, how to be in this situation as a Christian, how to love the enemies”, he says. “How can we love Putin? » Mgr Borys confides thus “to pray” for the Russian president, “for the conversion of his heart, because what he is doing is devastating for his people, and even more so for Ukraine”. And the Archbishop of Philadelphia adds “believing in miracles”, even for a man he describes as a “sociopath”.