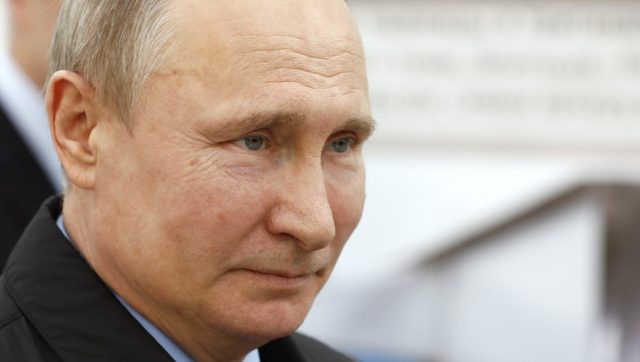 Russian President Vladimir Putin authorized in the early hours of Thursday February 24 a special military operation in Donbass, in eastern Ukraine, and asked Ukrainian forces to lay down their arms and withdraw.

In a televised address, Vladimir Putin said Russia had no choice but to defend itself against what he described as threats emanating from modern Ukraine. The Russian President also sent a message to the Ukrainian Armed Forces.

“I urge you to lay down your arms immediately and return home. All soldiers of the Ukrainian army who comply with this request will be able to leave the conflict zone freely and be reunited with their families.”

The scope of the Russian military operation was not immediately known. A Reuters reporter in Kiev, the Ukrainian capital, heard explosions and what sounded like artillery fire ring out in the distance. Vladimir Putin has indicated that Russia will react immediately if foreign forces try to interfere with its actions and that Moscow will try to demilitarize and “denazify” Ukraine.

Read:  Good deal news Star Wars, The Mandalorian: one of the most beautiful figurines you have ever seen is available for pre-order

“Russia cannot feel safe, develop and exist with a constant threat emanating from the territory of modern Ukraine,” he said. The Russian president’s comments come as the United States said nearly 150,000 Russian troops were on Ukraine’s borders and as Moscow recognized the independence of breakaway regions in eastern Ukraine.

“The responsibility for any bloodshed will lie with the Ukrainian regime,” Vladimir Putin said during his address. “No one should doubt that a direct attack on our country will bring defeat and terrible consequences for any potential aggressor,” he added.

The United States will respond

The United States and its allies will respond in a united and decisive manner to “an unwarranted attack by the Russian armed forces who does not respond to any provocation” against Ukraine, said US President Joe Biden, after explosions were heard in Kiev, the Ukrainian capital.

“President (Vladimir) Putin has chosen a premeditated war that will result in catastrophic loss of life and suffering,” Joe Biden said in a statement.

“Russia alone is responsible for the death and destruction this attack will cause. The world will hold Russia accountableJoe Biden added that he would announce Thursday new sanctions which will be imposed on Russia by the United States and its allies. The White House indicated that the American president would speak at the beginning of the afternoon.

Read:  Guardians of the Galaxy: the singer of the band Star-Lord and audio director of the game returns to the original music of the title

France recalls its nationals “without delay”

While the US president also said that Washington would coordinate with NATO allies to “ensure a strong and united response to prevent any aggression against the alliance”, France recalled its nationals and Emmanuel Macron said on Twitter the country’s support for Ukraine.

To the Ukrainian people, to President Zelensky, this evening, I reiterate our support, our attachment to the sovereignty and territorial integrity of Ukraine. In economic and financial matters, in terms of defensive equipment, France will continue to provide its support.

The French ambassador to the UN, Nicolas de Rivière denounced him the “contempt of Russia” through his decision of military operation.