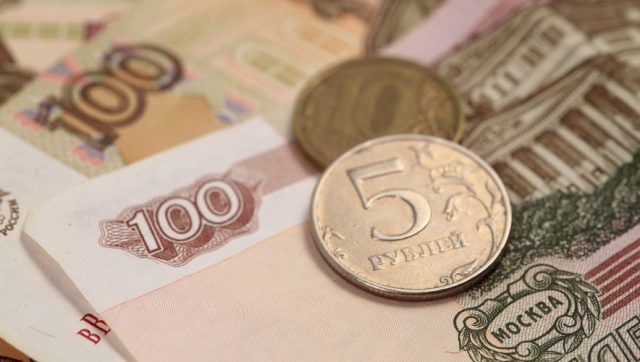 Westerners have preferred to keep most of the measures in reserve for the moment, anticipating an escalation. It took place at night, with the announcement of Russian military action in Ukraine. New sanctions could then be decided.

The United States, the European Union and the United Kingdom announced sanctions against Russia on Tuesday, February 22, the day after Moscow’s decision to recognize the independence of two separatist regions in eastern Ukraine. The Russian banking sector is mainly targeted, the objective of the new sanctions aimed at affecting the ability of Russian banking institutions to operate internationally. Explanations.

What would be the effect of the sanctions already decided?

It remains limited for the moment, the new sanctions focusing on relatively small establishments. And the measures targeting banks are not yet as extensive as those imposed after the annexation of Crimea in 2014although many of the sanctions imposed at that time are still in effect.

Analysts say Russian institutions are better able to withstand sanctions than in 2014 and the country’s state-owned banks have reduced their exposure to Western markets. Russia has, since 2014, diversified its reserves by reducing its exposure to US Treasuries and dollars. The euro and gold represent a larger share of its reserves than the dollar. Russia also has solid macroeconomic reserves: currency reserves of $635 billion and low public debt.

Read:  Fortnite: Update on the impending launch of Chapter 3

For the time being, Western governments prefer to keep most of the sanction measures planned in reserve to deal with a possible new escalation in the conflict between Ukraine and Russia.

What could be the new sanctions?

The European Union has said it is ready to impose “massive consequences” on the Russian economy, while warning that, given its close energy and trade ties with Russia, it only wants to tighten sanctions in stages. Washington is preparing other measures, in particular that of preventing American financial institutions from processing transactions on behalf of certain Russian banks.

Which measures would be more severe?

The exclusion of Russia from the international inter-banking system Swift used by over 11,000 financial institutions in over 200 countries is what Russian banks and their creditors fear the most. Such a measure would hit Russian banks hard, but its consequences are complex, as European creditors would then have a hard time recovering their money.

What would be the collateral damage?

According to data from the Bank for International Settlements (BIS), European creditors hold the bulk of the roughly $30 billion in foreign bank exposure to Russia.

These are in particular those of Austria, Italy and France. According to BIS figures, the French and Italian banking sectors are both exposed to Russian claims to the tune of around $25bn in the third quarter of 2021. Austrian banks are exposed to $17.5bn. This figure should be compared to $14.7 billion for the United States.

Among the most exposed institutions is the Austrian bank Raiffeisen Bank International, which has significant operations in Russia and Ukraine. Its shares fell 7.5% on the Vienna Stock Exchange on Tuesday.