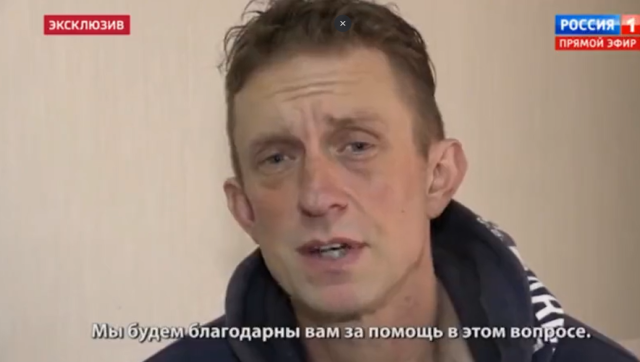 Two British fighters taken prisoner in Ukraine by Russian troops appeared on Russian public television on Monday and asked to be exchanged for Viktor Medvedchuk, a pro-Russian Ukrainian politician detained by authorities in kyiv.

It was not possible to determine to what extent the two Britons, Shaun Pinner and Aiden Aslin, were free in their words. Both spoke after an unidentified man. They called on the British Prime Minister, Boris Johnson, to ask him to help them return home by encouraging an exchange with Viktor Medvedchuk, arrested last week by the Ukrainian security forces.

In the video, Viktor Medvedchuk addresses Russian President Vladimir Putin and his Ukrainian counterpart Volodimir Zelensky. Like the two British prisoners, it was not immediately possible to determine the extent to which Viktor Medvedchuk spoke freely in this video.