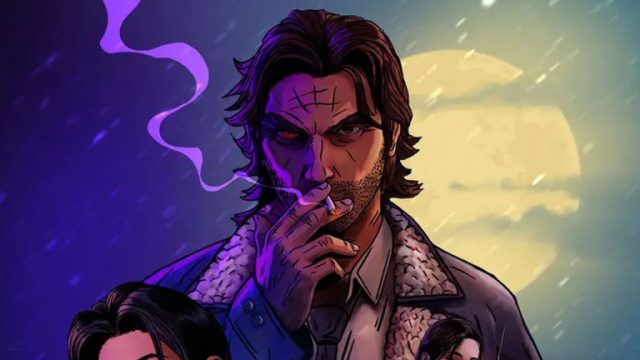 Game News The Wolf Among Us 2: Telltale Games is back and presents its ambitious project

After a few sad misadventures, Telltale Games is back and letting us know! The developer back from the dead has just unveiled the first trailer for The Wolf Among Us 2.

Eight years after the publication of the first chapter, Telltale Games is setting the stage again to offer fans The Wolf Among Us 2, a sequel that promises to be worthy of the name and which puts Bigby, the hero of the first opus back on stage. Moreover, as one might suspect, our dear Bigby is the star of the first trailer which has just been released and which is available above. In this excerpt, our big fanged sheriff hides in the shadows and carefully observes his next target, a thug. Unfortunately, not everything goes as planned for our investigator. Quickly after setting foot in his target’s apartment, he is forced to defend himself by swinging his fists.

This new story takes us on six months after the events of Season 1 and will allow us to wander out of Fabletown to, this time, discover the snowy streets of New York City more freely. Of course, Bigby will also aim to solve a new case that is once again out of the ordinary.

The original team on the project?

Since good news never comes alone, Darren Gladstone from Telltale Games announces that half of the team that worked on the first game is currently working on the project, which will undoubtedly reassure fans.

Half of our team is made up of ex-Telltale employees and we’ve been hard at work since we announced the Telltale revival two years ago. Darren Gladstone from Telltale Games

Better, to bring a breath of fresh air to the Telltale formula, which was aging in the days of Tales from the Borderlands and Batman: The Telltale Series, the developer also decided to adopt the Unreal Engine, an engine that has already proven itself… According to the trailer which reveals a magnificent artistic direction, we say to ourselves that it was the right thing to do.

We’ve been working a lot behind the scenes, not just rebuilding our studio, but rethinking the way we run our business. How to make the company sustainable? How can this task be made easier? Hint: Plan the storyline of the seasons in advance and use a new engine (Unreal) – among other things. Darren Gladstone

Finally, we have a first release window: The Wolf Among Us 2 will land in 2023 on PC (Epic Games), but also on PlayStation 4, Xbox One, PlayStation 5 and Xbox Series X|S.

Read:  League of Legends: Riot's next MOBA champion on the run!