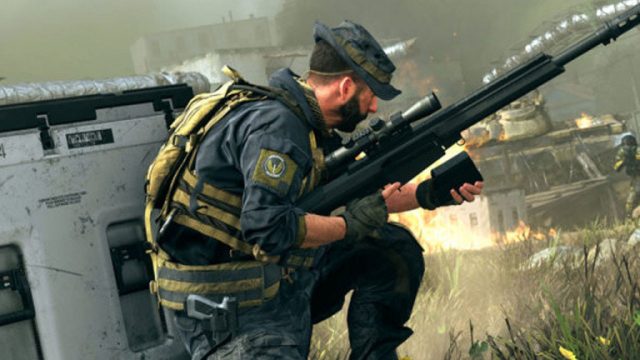 Game News The next Call of Duty on PS5 and PS4? Microsoft responds!

Since the announcement of a future takeover of Activision-Blizzard by Microsoft, fans who don’t have a nice PC or an Xbox have been worried… and rightly so, since no longer seeing a Call of Duty, an extremely popular license, on PlayStation 4 and PlayStation 5 in the near future would be very bad news. Even if Phil Spencer, the leader of Xbox Game Studios, has already spoken on the subject to reassure fans, Microsoft has decided to make things clear today in an official press release.

No upheaval for Call of Duty

Almost since the dawn of time, the Call of Duty saga has been released on all machines to please everyone… Good news, this will continue for quite some time. Indeed, Brad Smith, vice president and president of Microsoft, has just confirmed the great news: Call of Duty: Warzone games, but also other Activision-Blizzard licenses, will indeed be released in the future on competing platforms, starting with those of Sony.

To be clear, Microsoft will continue to make Call of Duty and other popular Activision-Blizzard titles available on PlayStation until the end of any existing agreements with Activision. And we’ve made a commitment to Sony to make these licenses also available on PlayStation beyond the existing agreement and in the future, so Sony fans can continue to enjoy the games they love. Bad Smithvice president and president of Microsoft”’

Now that it’s written in black and white, there is reason to be reassured. Brad Smith even adds that this decision will also apply to the Nintendo Switch.

We also want to take similar steps to support Nintendo’s successful platform. We believe this is the right thing to do for the industry, for the gamers and for our business. Brad Smith

Since the Call of Duty saga hasn’t been released on Nintendo machines for a long time, this probably means that this statement concerns other popular series such as Crash Bandicoot, Tony Hawk’s Pro Skater or even Spyro, which again goes delight the fans.

Read:  Russia 'successfully' launched a hypersonic missile towards the Arctic

Brad Smith is taking advantage of the situation to say that the Windows Store PC and the Xbox store are now opening their doors to many developers in order to promote competition in the application markets. For this, several new rules are established.

The fact that Microsoft will continue to port Call of Duty games to other platforms and has implemented new rules on the Windows Store are not trivial decisions… Indeed, they would allow the American giant to promote competition and thus acquire Activision-Blizzard more easily. As we had already specified in a previous article, in order for Microsoft to acquire Activision-Blizzard, the agreement, to be accepted, must be examined by several authorities around the world and deemed non-competitive.

Read:  This official Nintendo console is 44$ with a The Legend of Zelda game!