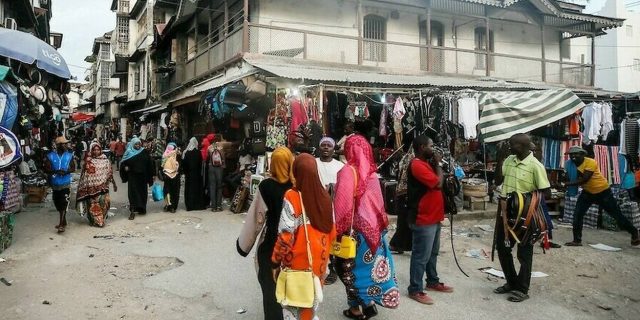 SAmia Suluhu Hassan, vice-president, became on March 19, 2021 the first female head of state of Tanzania, following the death of President John Magufuli, re-elected in 2020. Since then, this Muslim, born in Zanzibar, has been faced with a sling within the Chama cha Mapinduzi (CCM), the party in power for decades, dominated by Christians from the former Tanganyika. On January 6, the head of parliament resigned, accusing the government of taking on too much debt abroad. The president immediately reacted by sacking three important ministers, close to former president Magufuli, suspected of having some ambitions for the next presidential election.

This economist, a graduate of British and American universities, mother of four, who will turn 62 at the end of the month, is facing a serious political crisis. And above all legitimacy. Muslim, she is originally from the Zanzibar archipelago, which has rather rocky relations with the rest of Tanzania. As for the secret services, they are in the hands of another clan of the Chama cha Mapinduzi. It must be recognized, the words of Samia Suhulu Hassan are not always very judicious. Like when she says that the players of the Tanzanian women’s football team have “too flat” chests, which would make them mistaken for “men and not women”, and would not make them attractive enough to be able to marry. …

The south of the country is “formally discouraged”

This regime crisis hardly encourages him to admit that Tanzania, like some of its neighbors, would also be affected by terrorism. Especially since tourists, one of the country’s main resources, are starting to come back to admire the big cats and elephants, or to practice scuba diving on its beaches. Despite everything, Dar es Salaam was forced to admit a terrorist attack on August 25, which left four dead – three police officers and a private security officer – and six injured. Especially since the jihadist, armed with two automatic rifles, was shot … just in front of the entrance to the French embassy.

Read:  Sudanese are finding it increasingly difficult to get medical care

Diplomatie.gouv, the web address of the French Ministry of Foreign Affairs, advises against traveling to southern Tanzania, more particularly to the Mtwara region, bordering Mozambique. A police station was even attacked by three hundred jihadists claiming to be from the Islamic State. As for the United States, it designates Abu Yasi Hassan, a Tanzanian national, aged 38 or 40, as the emir of the Islamic State in Mozambique. For a few months, part of the province of Cabo Delgado became a proto-state, like the one that reigned for several years over part of Syria and Iraq. The jihadists occupied the port of Mocimboa da Praia for a year.

“To understand what is really happening in this region, you have to read what journalists and researchers in Maputo write. The problem is that mainstream Western media and terrorism specialists don’t speak Portuguese. They did not attach importance to the arrival, in the 2010s, of Al-Shabaab, from Somalia, in northern Mozambique. However, among the jihadists, there are Tanzanians, Somalis, as well as Arabs and Asians”, observes the former European deputy Paulo Casaca, originally from Portugal. He is the author of a report entitled “Jihad in Mozambique. Actors, interests and perspectives »

Read:  Low price for the Echo Dot speaker on sale, which is only 34 $

The investigations carried out by Mozambican researchers show that the jihadists raging in East Africa behave like the terrorists of the Islamic State in the Middle East: beheadings, kidnappings of non-Muslim women to make them concubines or to reduce them to slavery. Add the abduction of children in order to transform them into jihadist fighters. “These attacks forced TotalEnergie to halt its billion-euro gas megaproject in Cabo Delgado. While Mozambique could have become one of the world’s largest gas exporters. However, I discovered that environmental organisations, linked to Qatar, are carrying out campaigns to demonstrate that the gas projects in Mozambique are catastrophic for the environment and for the local populations. Curiously, these campaigns are widely relayed by the Qatari channel Al-Jazeera,” emphasizes Paulo Casaca, a former teacher at the University of the Azores.

These campaigns go so far as to accuse TotalEnergie… of being responsible for terrorism. While she is the main victim. Like northern Mozambique, southern Tanzania also harbors large gas deposits, in the Mtwara region, to the point of being sometimes presented as a “new El Dorado”. President Samia Suluhu Hassan wants to complete talks with oil companies in order to start gas exploitation as early as 2023. Hoping that the Tanzanian jihadists do not come forward.

Published in June 2021 by the School of Thought on Economic Warfare (EPGE).