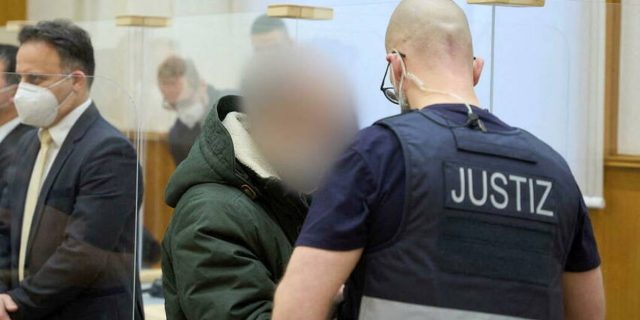 DCries of joy rang out as they exited the regional high court in Koblenz, western Germany, and satisfied smiles lit up the faces of the many Syrian activists and human rights defenders, witnesses and of their families, who had come to witness a historic verdict. German justice has pronounced a life prison sentence against Anouar Raslan, 58, a former colonel in the Syrian army, convicted of crimes against humanity.

“The truth has been restored, this verdict is historic, because it shows that all the NGO reports and all the alerts that we have relayed are true. Now, it’s a court decision that confirms it. This is very important,” said Mazen Darwish, human rights defender and director of the Syrian Media Center (SCM), an NGO based in Paris, who filed his testimony against Raslan. About 80 witnesses have filed in court in recent months.

The convict, whose face remained expressionless as the verdict was announced, was responsible for the sinister branch 251 of the Syrian security services, based in the suburbs of Damascus and also known as the “Al-Khatib” division, is accused of supervising the torture and abuse of all kinds on more than 4,000 detainees, between the start of the Syrian revolution in 2011 and September 2012. At least 58 people are believed to have succumbed to the ill-treatment inflicted in this secret prison.

Read:  Ukraine: Biden invited to come to Kiev "in the coming days"

“It’s incredible, it’s the first judgment of this type in the world, I’m so grateful, enthuses Omar al-Shogre, survivor of the detention centers of the Syrian regime, a refugee in Sweden. Of course, this is not going to mend the wounds or bring back the loved ones who have disappeared from the families. But it gives hope to the Syrians, it opens a door. The witnesses are all safe and sound. Others will now show up. This shows that Syrians can trust justice in Germany,” said this young activist who has become one of the spokespersons for victims of torture.

Anouar Raslan, the Syrian regime’s intelligence officer for more than 18 years, defected in 2012 and went into exile in Germany in 2014. There he was recognized by Anouar al-Bouni, a lawyer and human rights defender. man he had arrested in 2006 in Damascus. “I am very happy, it is a victory for justice, for the victims who are here as well as for those who are still in prison in Syria or who have been killed”, reacts Al-Bouni, present in Koblenz to attend this historic day. “It is not only Raslan who has been implicated. He was condemned as part of a death machine, under the authority of Assad, father and son,” underlines the lawyer.

Read:  Africa-Europe: what if we (re)talk about food needs?

In 2017, a German NGO, the European Center for Human and Constitutional Rights (ECCHR), filed a complaint with the German federal prosecutor.

With the conviction in February 2021 of Eyad al-Gharib, another junior intelligence officer of Raslan, this life sentence is the first in Europe against a Syrian war criminal, under the “jurisdiction”. universal”, which allows German justice to deal with crimes committed outside its territory. The verdict, hope Syrian activists who have followed this trial for many weeks, could appeal to others. “Other countries will be able to follow Germany, such as Sweden, France…” wants to believe Omar Al-Shogre. The objective remains, for him, to bring Syrian President Bashar al-Assad to justice.

“The Syrians expect nothing but hope,” he continues. In Damascus, people send me congratulatory messages, happy reactions. Today I smile a lot. “

Anouar al-Bouni is already focused on the upcoming trials against war crimes suspects in Syria. Next Thursday, in Frankfurt, will be held that of a doctor, Alaa Moussa, accused of crimes against humanity.