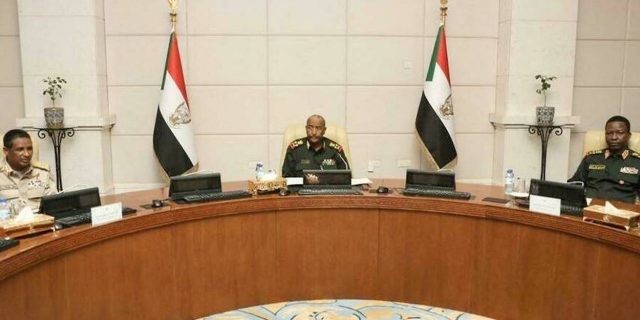 SSeven months after seizing power, General Abdel Fattah al-Burhane finally decided on May 29 to lift the state of emergency. This measure was prompted to him a few hours earlier by his security and defense council. The head of the army explained that he was acting with the objective of facilitating “a fruitful and meaningful dialogue allowing stability to be achieved during the transition period”. But the talks overseen by the UN, the African Union and the Intergovernmental Authority on Development have so far come up against the three “noes” brandished by opponents of the coup: “no legitimacy, no negotiation and no partnership”.

These same pro-democracy activists remain skeptical of an announcement made the day after another day of repression. On Saturday May 28, two demonstrators were killed by the security forces on the sidelines of a peaceful procession in the south of Khartoum, raising the toll kept by the Central Committee of Sudanese doctors to 98 victims since the putsch of 25 october. Several dozen political detainees may have been released on Sunday, but new arrests were made at the same time.

Enough to seriously doubt the magistrate Eman Hassan of the goodwill of the generals. This member of the Association of Emergency Lawyers denounces “a political game for the following reasons: this declaration should have come from the Council of Ministers and not from the Security Council. The intelligence services will also retain the immunity granted to them by Burhane at the end of December. While arrests and house searches without a warrant remain authorized. »

“It’s just a political tactic in the end,” confirms doctor of law Ahmed el-Gaili. The latter, however, detects the joint pressure from the street and the international community behind this alleged reduction in the security system. But he insists: “The state of emergency was imposed by an unconstitutional decree from Burhane. Its annulment should therefore not be considered a remarkable decision. The real test lies in its implementation and more specifically in limiting the freedom granted to security forces to use excessive and lethal violence against pro-democracy protesters. »

Yet another peaceful procession attacked

However, the day after the suspension of the state of emergency, a demonstration organized in Omdurman, twin city of the capital, was again attacked by the police. Journalist Saleh Abdallah Bilal Srour, who was covering the parade, was shot in the eye with a rubber bullet. Proof, if one were needed, that “the lifting of the state of emergency means nothing. Especially since we have never recognized the declaration of the state of emergency established by the putschists, underlines Samahir el-Mubarak, one of the spokespersons for the Association of Sudanese professionals, spearhead of the revolution. of December 2018. The military will continue to use extreme violence against the revolutionaries. This has been the case since October 25, but also since well before. »

Read:  Ukraine: the war could last "for years", according to NATO

Same position on the side of the resistance committees. “Burhane is thinking of encouraging political parties and other civil forces to come and sit down and discuss with him. But it’s just a play for us, laughs Alaa Adnan, a member of one of these local pro-democracy branches at the head of the opposition. We renew our vow, with our martyrs and our people, to continue working until we defeat this military coup and build a civilian country. We will make sure that the military stay away from political life, ”continues the young woman.

Third anniversary of the sit-in massacre

Researcher Nazik Awad is hardly more optimistic. “I fear that the violence will escalate in the coming days. The military always resorts to violence to impose negotiations. It worked for them after June 3, 2019,” recalls this consultant specializing in human rights, corruption and militarization. On that date, the army had bloodily dismantled the sit-in which demanded the handing over of power to civilians, two months after the ousting of dictator Omar al-Bashir. The following August, the generals signed a pact with a coalition of politicians and citizens, establishing a bilateral government. The former broke this agreement seven months ago. This coup leaves no other choice for the new families of “martyrs” than to join their tears to those of the relatives of the victims of the massacre committed three years earlier.