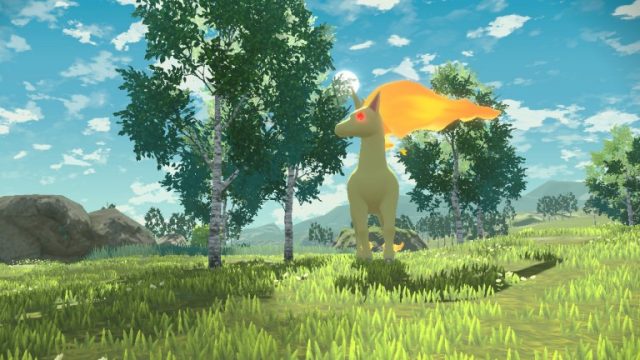 Game News Pokémon Legends Arceus: What if humans were the villains of the story? The crazy fan theory

Set in a period prior to that of traditional Pokémon games, Pokémon Legends: Arceus recounts the beginnings of the cohabitation between pocket monsters and humans. A forced cohabitation that would not necessarily have resulted in good.

This is an interesting and debatable issue concerning Pokémon Legends: Arceus that has emerged on Reddit in recent days: that of the evolution of Pokémon behavior over the ages. In Pokémon Legends: Arceus, humans have not yet urbanized the territories and know little about Pokémon: for this purpose, they capture them to research and learn more about them. To capture them, he must go to different areas of Hisui, which is the former region of Pokémon Diamond/Pearl, and must use various and varied methods: through direct confrontations, or with the Poké Ball in remaining hidden in tall grass.

Except that any veteran of the Pokémon video game saga knows it: in previous opuses, it is the Pokémon who hide in the tall grass. A noticeable change in behavior that fans were quick to appropriate: what could have happened for the Pokémon to find refuge in the tall grass? The Redditor at the origin of the debate advances the argument of natural selection allowing Pokémon the conservation of their species:

Historically, Pokémon roam outside tall grass and over the years have migrated to tall grass. A way of life transmitted by older generations to more recent ones to preserve Pokémon from their incessant capture by humans.

A justification that is based on the direct history of Pokémon Diamond and Pokémon Pearl. In the library of Joliberges, it is possible to find the Veilrock Myth. It tells the story of a young man, freshly armed with a sword, who goes on a mission to eliminate all Pokémon. He does not realize until too late that Pokémon are also living beings and decides to break his sword. But the damage was already done: seeing this, the Pokémon fled to hide from view.. Reason enough for Pokémon to hide in tall grass.

Read:  Pokéclicker: Codes to get a free Shiny and 10,000 farm points

If we can salute the detailed arguments of a “natural selection that would have seen humans force Pokemon to migrate to tall grass“, it is difficult to put the level design aside: an Arceus Pokémon Legends with Pokémon in the tall grass and instanced battles would have far less charm and less incentive to explore and discover new Pokémon and new habitats.

Moreover, recent episodes suggest the same thing: the Pokémon from Let’s Go Pikachu / Eevee appear directly on the map and free themselves from the tall grass, while many Pokémon cohabit with their faces uncovered in the Great Undergrounds of Sparkling Diamond and Sparkling Pearl. Finally, we must rely on Ockham’s razor and the most logical hypothesis to find a potential explanation: identifiable as animals, Pokémon roamed freely in their respective habitats until the arrival of Man. The latter has urbanized everything, changing the environments and habits of creatures and causing them to fear. A justified but unfounded fear since today, Pokémon live hand in hand with trainers.