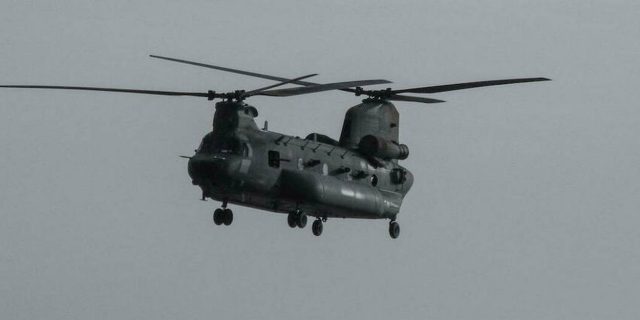 TAll air traffic over Mali is subject to questioning with regard to the complex situation of sanctions and counter-sanctions which currently prevails following the severe decisions taken by ECOWAS and UEMOA against Mali. It is in this atmosphere that we must place the report to the Malian authorities made by the Agency for the Safety of Air Navigation in Africa and Madagascar (Asecna), an organization for the management of airspace in a large part of the Africa, of a violation of their space by a French military plane. The information was given by the Malian air authorities on Wednesday.

The Malian government declines all responsibility

This report made on Tuesday by Asecna raises the question of the impact on not only French but also international military operations of Mali’s closure of its air (and land) borders, in retaliation for similar West African sanctions. In a press release published Wednesday evening, the Malian government claims to have “denounced this violation of Mali’s airspace to the French authorities, who have, moreover, decided to support the sanctions of ECOWAS, among which is the closure of the borders land and air services of its member countries with Mali”. The Malian government “disclaims all responsibility for the risks to which the perpetrators of these practices could expose themselves in the event of a new violation of our airspace”, adds the press release.

France and the UN on the front line

France, engaged militarily in Mali and the Sahel, but also the UN force in Mali (Minusma) constantly carry out flights between the sub-region and Mali for supplies and operations. Asked by AFP, a French military source in Paris said: “At this stage, we have not received any official indication concerning possible restrictions in the air domain. Furthermore “we are bound by defense agreements. All procedures were followed. The aircraft submitted a flight plan which was approved by the Malian authorities. And, as required by the procedure followed each time, upon entering Malian airspace, the transponder is switched to military operating mode. For us, there is no subject,” added the same source. The UN mission told AFP that, until then, Minusma operations were not affected.

Asecna informed the Malian civil aviation on Tuesday that an Airbus A400 transport had violated the same day the Malian order to suspend flights between the Member States of the Economic Community of West African States ( ECOWAS) and Mali, indicate documents published on social networks. The CEO of Mali airports, Colonel Lassina Togola, told AFP that these documents were authentic. The aircraft made the round trip between Abidjan (Ivory Coast, neighboring Mali) and Gao (Mali), where the French army has a large base, the documents say. Asecna says it was not previously informed of the existence of the theft. The device came into contact with the control centers of Ouagadougou (Burkina Faso) and Niamey (Niger), which reminded it of the ban on entering Malian space, detail the documents. Clarification: Côte d’Ivoire, Burkina and Niger are all members of ECOWAS.

Read:  86 Ukrainians welcomed in Lozère, we take stock of the 100th day of the conflict

The precision of the CEO of Mali airports

The device cut off contact with the control centers and continued on its way, report the Asecna files. Asked whether this meant that French military flights but also those of Minusma from ECOWAS countries were affected by the Malian ban, the CEO of Mali’s airports replied that “the borders are closed to the countries of the ECOWAS, therefore […] aircraft cannot come to Mali from these states”. “However, by way of derogation, an authorization may be granted at the carrier’s request,” he added, without specifying whether the aircraft of the French anti-jihadist force or those of the Minusma benefited from an exemption. ECOWAS, among other measures, on Sunday ordered the closure of its member states’ borders with Mali to sanction the junta’s plan to stay in power for several years after two coups. Mali in return ordered the closure of its borders. Asecna did not respond to AFP’s requests. Several civilian airlines in the region have suspended flights to Mali.