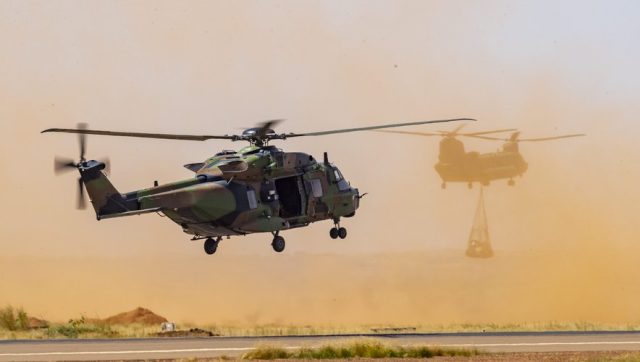 France and its allies Takuba and Canada announce this Thursday, February 17 a “coordinated” military withdrawal from Mali. But international partners in the Sahel want to extend their support to the Gulf of Guinea countries and Niger.

France and its partners involved in the fight against jihadist groups in the Sahel have decided to withdraw their military forces from Mali, now finding it impossible to cooperate with the Malian junta, they announced in a joint statement on Thursday. However, these allies declare that they want to “remain engaged in the region” and have agreed to “continue their joint action against terrorism in the Sahel region, particularly in Niger and the Gulf of Guinea”.

Define the parameters of a “common action”

Political and military consultations have been initiated to define by next June “the parameters of this joint action”. Even if they say they are ready to “continue the dialogue with the Malian transitional authorities”, the announcement of this withdrawal from Mali consecrates the break between France and the junta in power in Bamako after months of degradation of relations and verbal overbidding following the two successive coups d’etat carried out by the Malian army, in 2020 and in the summer of 2021.”

Due to the multiple obstructions of the Malian transitional authorities, Canada and the European States operating alongside Operation Barkhane and within Task Force Takuba believe that the political, operational and legal conditions are no longer met to effectively pursue their current military commitment in the fight against terrorism in Mali and have therefore decided to begin the coordinated withdrawal from Malian territory of their respective military means dedicated to these operations”, is it written in this declaration published just before the opening of a summit between the European Union and Africa, this Thursday, in Brussels.

Call for an end to the transition “as soon as possible”

The Malian transitional leaders, Prime Minister Choguel Maïga in the lead, have multiplied in recent months the criticism of the “colonial” mentality of Paris and brought about a rapprochement with Russia by calling, according to France and its allies, to mercenaries. of the Wagner group. Bamako assures us that these are trainers from the Russian army. At the same time, they expelled the French ambassador and demanded the departure of the Danish contingent deployed as part of Takuba, a European force which was to gradually take over from the French operation Barkhane by accompanying the Malian army in combat.

The Economic Community of West African States (ECOWAS) and the European Union have for their part decreed drastic sanctions against Mali because of the decision of the junta to postpone until 2025 the elections which were to take place hold at the end of February. “We urge the Malian authorities to complete the transition period and to organize free, fair and credible elections”, declared France and its partners on Thursday, calling for a “return of Mali to constitutional order as soon as possible”.

Nine years after an emergency intervention by France to repel an alliance of Tuareg rebels and jihadist groups advancing towards Bamako, insecurity persists in part of Malian territory, against a backdrop of ethnic as well as religious conflicts. The violence has even spread to neighboring countries, starting with Niger and Burkina Faso, or more recently Benin and Côte d’Ivoire, fueling the frustration and anger of local populations. The French army lost around fifty soldiers in combat in Mali.