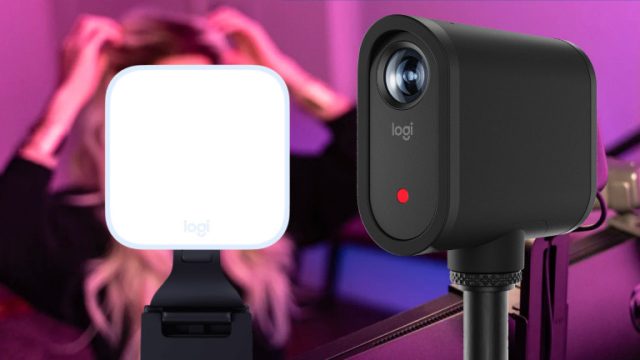 Logitech is expanding its product offering and therefore its audience with the launch of Logitech Creator, a range designed for content creators, between Youtubers and streamers, with also an eye towards telecommuting and video conferencing. We had the pleasure of trying out their independent lighting solutions and cameras, here is a preview.

Logitech Creator is a nascent range but its existence is still obvious. Indeed, the Swiss manufacturer has multiplied the takeovers of brands and products in recent years, both in the video game sector with Saitek or Astro Gaming, and in creation with Blue in 2018, Mevo in 2021, and Litra this year. LLogic therefore wants Logitech, which now has the means to record the image as well as the soundemphasizes the creative side, at a time when amateur videographers, content creators, are more present than ever in our audiovisual space.

Buy the Logitech Litra Glow for 69$ at Amazon

First product to truly bear the Logitech Creator label, the Litra Glow lamp is an auxiliary light designed to be used in combination with a webcam. This lamp plugs into a USB port and is installed on the back of a computer screen like a webcam. Adjusting the height, horizontal and vertical angle, the Litra Glow is positioned quite easily and stays in place.

We can still be surprised by the size of its support, rather bulky with its 17 centimeters long and which will not necessarily be easy to store in the laptop bag, but which nevertheless allows the lighting to be raised about ten centimeters above the edge of the screen with great stability.

Also pay attention to the weight of the whole, approximately 270 grams without cable, which could make some laptop screens flinch. More professional creators will still appreciate that the Litra Glow can be installed on a photo tripod with its standard thread, 6.35 millimeters.

On the lighting side, the Litra Glow offers a light of 250 lumens maximum with a wide-angle diffuser for an opening of nearly 100°. The color temperature is variable, from 2700K to 6500Kwith a color rendering index (CRI) greater than 93. A professional level that ensures image color rendering very close to reality and which is verified with our test sample.

The Litra Glow therefore offers quality light, ideal in addition to ambient lighting for streamers, and sufficient to offer a nice rendering of the skin with homogeneous lighting for your videoconferences. Be careful all the same, this quality of rendering can only be obtained with a good level of power supply, supplied by a USB type 3.0 according to the manufacturer. We have indeed noticed some inconvenience, with a slight flashing, when the lighting depends on an overloaded or unsuitable USB port (especially with an insufficiently powered HUB).

The Litra Glow’s settings are adjustable directly from the case, with an on/off button, a power and a temperature setting, but also G Hub software support commonly used by Logitech’s Gaming line. It is thus possible to create presets, to access functions directly from your computer, and even to manage your lighting with the macro keys of your keyboard, as long as it is in the Logitech G range, and therefore also managed by the G Hub.

Buy the Logitech Litra Glow for 69$ at Amazon

With an introductory price of $69, Logitech is in a high range for this type of product, but with good brightness and quality rendering. There is therefore nothing preventing the Litra Glow from becoming a reference accessory for videoconferencing and streaming given its efficiency and simplicity.

Mevo Start: the Swiss army knife of the streamer

The Mevo Start made a big impression on us. This small camera is indeed able to adapt to very different situations and should be useful to many streamers and videographers thanks to its recording, streaming and control possibilities. Used alone, the Mevo Start can be completely independent. A micro SD in the dedicated port, a charged battery and a single click starts audio and video recording without the need for further adjustment.

But it is above all its WiFi connection that makes the difference. Taken in hand from a tablet or a smartphone, Android like iOS, in wireless, the camera is the eye of your streamings. The Mevo application can simultaneously manage the reception of the image, the diffusion, and even the integration of overlays, these superimposed images that add cachet and a signature to your broadcasts. Thus, it is possible with a smartphone and a camera to control its WiFi streaming as well as 4G/5Gand keep control of it from the application.

And where Mevo is strong is in its multi-camera management. Still from a tablet or smartphone, a dedicated application, soberly named Mevo Multicam, can manage up to three cameras simultaneously, launch global streaming, recording from the app or even record directly on the micro SD of each camera. Enough to make complex plans, an interview with several stakeholdersand all that while we haven’t released the computer yet.

Mevo Start was also designed for mobile devices before PCs. Management on Mac or Windows is not as simple as on iOS or Android and requires a few additional manipulations for the cameras to be considered as Webcams and integrated into software such as OBS. Finally, you have to accept some concessions such as the number of cameras connected by wire under Mac limited to one, or the non-recognition of the Mevo Start as a Webcam by certain applications under Windows. At the same time, the software of these two operating systems remains in the Beta phase and should therefore see its possibilities evolve rapidly.

In terms of technical characteristics, the Mevo Start offers an image in 1080p 60fps, with a viewing angle of 76°. So there is no distortion of the lines as with a wide angle. The image quality is correct, sufficient for semi-professional applications, without however equaling the camera of a recent smartphone (like the iPhone 13 for example), or even that of a modern reflex camera.

Same on the sound side. The built-in microphone is sufficient for recording voice and speech remains well intelligible, but the most demanding will probably use an external microphone to gain treble. Indeed, the Mevo Start has a dedicated input for an external dynamic microphone or a mixer output. It might lack an input level adjustment, while volume control is still done from the application.

A deeply nomadic object, the Mevo Start is a camera equipped with a non-removable rechargeable battery, with an autonomy measured on our side at 5h40 in 1080p 60i/s recording. Its base allows it to be fixed on a photo or microphone stand thanks to a 6.35mm / 9.525mm base and Logitech now offers a few models of table or tripod stands, at prices that still seem prohibitive to us. . In view of all its functions, the Mevo Start camera seems to us to be much better placed in price, from the top of its public 449$ per unit, or 1149$ per set of three.