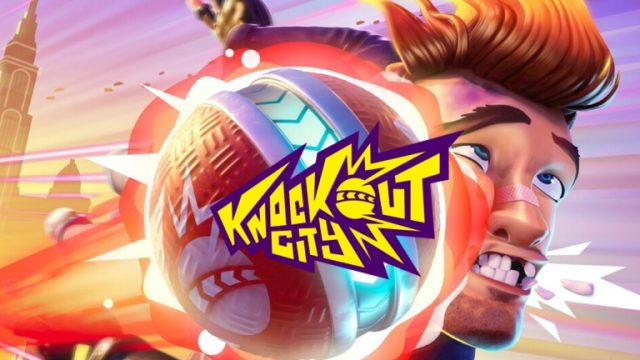 Knockout City will soon no longer be published by Electronic Arts. On the other hand, the game is changing its economic model and will become free-to-play from season 2.

In a long statement Entering the second year of Knockout City, we learn of two major upsets for the title. Electronic Arts will no longer publish the game, and it will become free-to-play.

Knockout City had already been offered with the Game Pass since its release in May 2021. It had also been offered with the PlayStation Plus subscription in November. But officially, the game was paying. It’s when Knockout City’s second year that this business model change will take placewith the launch of the season 6 in spring. The press release also explains that the development team is currently working on all the changes necessary for this modification. Along the way, we also learn that a new Brawl Pass will be launched with season 6while Season 5 will not have one.

The press release also details what players who bought the game will also get new free players: the Loyalty Bundle.

That’s right, after the end of Season 5, we will be launching Knockout City Year 2, and it comes with a big change: Knockout City goes free, starting this spring with Season 6! We are really happy to offer our game to millions of new players across the world, entirely removing the cost to play it.

That being said, we want to take a moment to thank our day one fans for buying Knockout City and supporting us from the start. Your dedication and loyalty motivate us every day to continue to build our world, and we couldn’t have come this far without you. Our first priority will always be our community, and we have created a Loyalty Bundle for Season 6 especially for those who have already purchased the game before the launch of season 6, which will include exclusive legendary cosmetics, XP bonuses and 2,000 Holobux.

Another major change for the game, Velan Studios goes from simple developer to publisher ! Indeed, the studio will self-publish Knockout City from this second year, while Electronic Arts will withdraw from it. This is also why the content of season 5 will be a little less richwhile the transition takes place.

The other big change that happens in the first seasons of Year 2 is that we (Velan Studios) will self-publish Knockout City! Since the day we founded our studio, we’ve worked to bring revolutionary new gaming experiences to you, our incredible community of gamers. We wouldn’t have couldn’t introduce Knockout City to the world without the incredible support of EA Originalsbut now that we’re going free-to-play, the natural next step is for us to take over publishing responsibilities and still work more closely with our community. We have exciting plans for Knockout City, and bringing the publishing in-house will allow us to fully realize our vision for the long-term future of this game. There’s so much to look forward to, because this is just the start.

Season 6 therefore promises to be a revival: we are promised new cards, a new Special Ball, more cosmetics and various new features. Velan assures that self-publishing the game, after moving it to free-to-play, will allow them to fully realizing their vision of what Knockout City must be in the future.

Read:  Ubisoft admits to having made mistakes in its handling of harassment cases

Knockout City will launch its second year and its season 6 in free-to-play in the spring. As a reminder, the game was released on May 21, 2021 on PC, PS4, Xbox One and Switch.