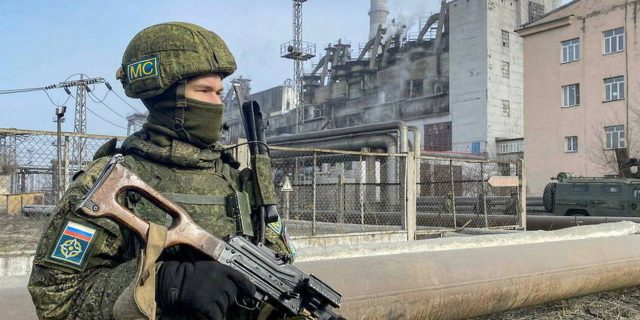 LRussian armed troops began their departure from Kazakhstan, Thursday, January 13, where they had been intervening for ten days to help the central Kazakh power to fight against very violent riots that killed dozens of people. In an official statement, the Russian Defense Ministry confirmed the launch of departure operations, which will end in ten days.

On Wednesday January 12, an official ceremony was held in Almaty, bringing together different detachments members of the Collective Security Treaty Organization (CTSC), a military alliance founded in 2002, and bringing together Armenia, Belarus, Kazakhstan, Kyrgyzstan , Russia and Tajikistan. “The peacekeeping operation is over (…), the tasks have been fulfilled,” said Russian General Andrei Serdyukov, commander of the CSTO contingent comprising 2,030 Russian and Belarusian troops, on this occasion. , Armenian, Tajik and Kyrgyz, who was sent to this former Soviet republic in Central Asia on January 6.

According to the Russian Defense Ministry, these troops have started “to prepare military and technical equipment for loading into Russian air force aircraft for return to their permanent base.” The withdrawal must be completed in ten days, according to Kazakh President Kassym-Jomart Tokayev and the CSTO.

Kazakhstan was rocked last week by violence never seen since its independence in 1991. It left dozens dead and hundreds injured, prompted the deployment of the Russian-led peacekeeping contingent and brought to the United States. arrest of at least 12,000 people. The most serious violence took place in Almaty with exchanges of fire, the looting of shops and the burning of the town hall and the presidential residence.

The riots were qualified as a terrorist attack by the authorities, who however did not provide concrete evidence to this effect. They erupted after demonstrations against rising fuel prices, against a backdrop of declining living standards and endemic corruption in this ex-Soviet state.

Read:  Guardians of the Galaxy: A look back at the game's poignant moments with Darry Purdy (Cinematics Director)