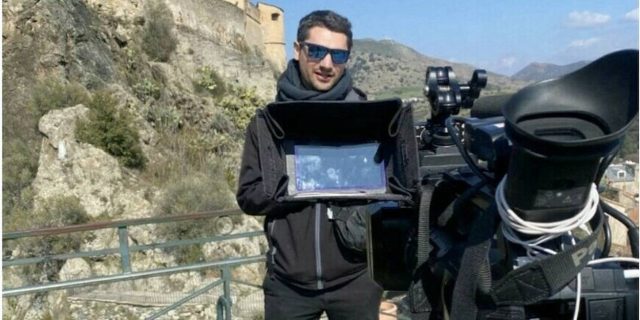 HAShe day after the death of a young BFMTV journalist, Frédéric Leclerc-Imhoff in Ukraine, victim of shrapnel, his mother spoke in a press release broadcast by BFMTV on Tuesday 31 May. And for good reason, just moments after the announcement of the reporter’s death, the official Russian news agency Tass assured that Frédéric Leclerc-Imhoff was a “mercenary engaged in the delivery of arms to the Ukrainian armed forces”. An accusation without any foundation and which illustrates, once again, the importance of Russian propaganda.

“I am the mother of the young journalist you killed yesterday. Your post makes me sick. Of course, you are cowardly looking to clear yourself, but know that you will never succeed in smearing his memory, ”she wrote in a message published by the continuous news channel. In a letter written “for the attention of the Tass agency and the People’s Republic of Luhansk (RPL)”, she thus dismantles the arguments relayed Monday at the end of the day by the press agency which quoted a local official of the pro-Russian separatists. “Everyone here knows his professional and personal commitment to democracy, human respect and above all free, impartial and honest information, all notions that seem far removed from what drives you. “The day before, according to a message relayed by the general manager of BFMTV Marc-Olivier Fogiel, she had said to be” proud of the choices of her son “.

Death of Frédéric Leclerc-Imhoff: the message of his mother pic.twitter.com/e7fjpjv3Mn

Emmanuel Macron condemns “with the greatest firmness” the Russian remarks

Indeed, in Russia, the Kremlin refuses again and again to qualify the situation in Ukraine as war. The power of Vladimir Putin maintains its position as the “liberator” of the eastern provinces of Ukraine. And this, despite the numerous abuses committed since last February 24 and attributed for the vast majority to the Russian army. “At least I, despite the pain, know why my son died. One day, those who are really responsible for this criminal absurdity will have to be held to account, ”concludes the mother of the BFMTV reporter.

Monday, May 31, in the middle of the afternoon, the Head of State Emmanuel Macron announced the death of Frédéric Leclerc-Imhoff while he was “on board a humanitarian bus, alongside civilians forced to flee. to escape Russian bombs. The President of the Republic condemned these remarks “with the greatest firmness”, for the first time publicly, on the sidelines of a European Council in Brussels. “I wish to condemn in the strongest terms the comments of officials who question the status of journalist of Frédéric Leclerc-Imhoff”, he declared, only a few minutes before the publication of the press release from the reporter’s mother. Frédéric Leclerc-Imhoff is the eighth journalist to die in Ukraine since February 24.