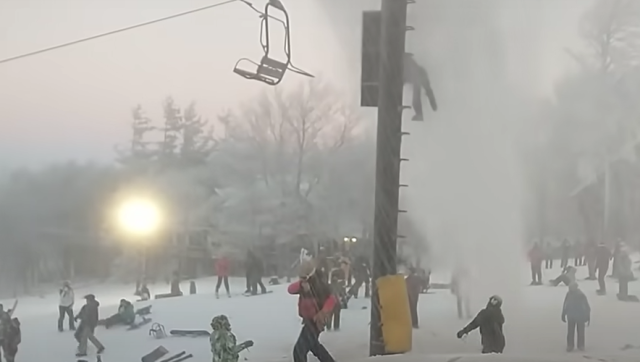 On January 7, a surreal scene occurred in the Beech Mountain resort, in the state of North Carolina in the United States. Three skiers were taken to hospital.

It’s the kind of accident that doesn’t happen every day. On January 7, a pipe burst under a chairlift, spraying icy water on skiers. The scene takes place at the Beech Mountain Ski Resort in North Carolina.

Impressive images spotted by our colleagues from the Independent, according to which three skiers were injured following this incident, and hospitalized. Fortunately, their lives are not in danger.

The various shots show skiers on their chairlift, sometimes at a standstill, who are sprayed with icy water.

Read:  The prefecture prohibits the arrival of the Russian-Ukrainian frigate Shtandart for Stopover in Sète

The ski resort still wanted to apologize to the victims.