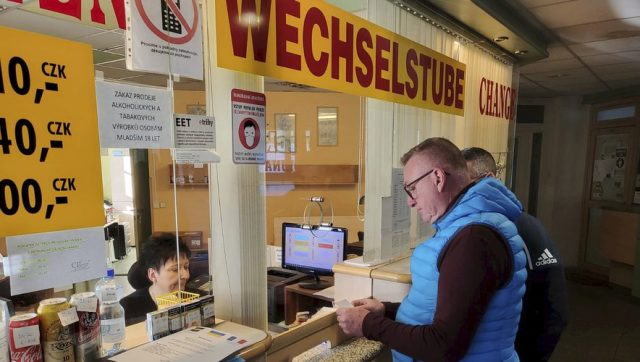 It’s only a matter of hours before the mayor of Cazilhac (Aude) and his team of volunteers arrive in Przemyśl, a Polish town located a few kilometers from the Ukrainian border… All week, we let’s share this road and human odyssey with you with the help of one of our journalists who was part of the convoy.

Humanitarian convoy for the Ukrainian border, second day. After leaving Nuremberg at 6:30 a.m. on Monday morning and then crossing the Czech Republic back and forth, that’s it, we’re finally on Polish soil. At the time of writing these lines, we are located a few kilometers from Krakow. It’s only a matter of hours before we get there. Unless unforeseen, we will be in Przemyśl in the middle of the evening. Despite the good mood that reigns within the bus, the stakes of this odyssey are high. All the volunteers know it and don’t forget it: “We have to repatriate as many Ukrainian refugees to France as we can accommodate. That’s why we came.”

At this stage of the game, Toni Carvajal – the mayor of Cazilhac who initiated the expedition – has some reservations. Well-founded reservations. Fabienne d’Arzac, an Aude nurse who has been there for two weeks, recently informed him that access to the camps was severely restricted. And this, since humanitarian organizations warned of the risks of human trafficking. They indicated that at the Ukrainian border in Poland, cars continue to come to the aid of refugees. But, once boarded, there would be no trace of their care.

“I’m afraid that we won’t all be able to access the refugee camps and that we won’t be able to bring back as many people as we had planned. We will have to show our credentials. I have my mayor’s scarf, all official documents, my police officer’s card, a list with all the contacts of the families ready to welcome these women and children. Anyway, we will meet all these people tomorrow, physically”he expressed, a bit reassured.

Some refugees return to Ukraine

A little earlier in the day, Fabienne d’Arzac, a real link in the operation, explained to the mayor of Cazilhac that he did not know for sure how many refugees would appear on the starting list. “The passage time in the camps is very short: 2 to 3 days. There are those who do not wish to leave Poland because they think they can return to their country quickly. Some of the refugees have family contacts or friends in this neighboring country and will thus join them. Others decide to cross the border in the opposite direction and return to Ukraine, she indicated by message. And others are totally uncertain in the face of this dramatic situation and are redirected to two large shopping centers transformed into places of reception: Tesco, in the city center of Przemyśl or in Korczowa, located about thirty kilometers from the border.

One thing is certain according to Toni Carvajal: “For the moment, we are certain to bring back at least 14 women and children with us.” Tomorrow morning, after having deposited the donations in the various camps, the bus of hope should stop in three other centers “to see if there are volunteers to return with us to France”.