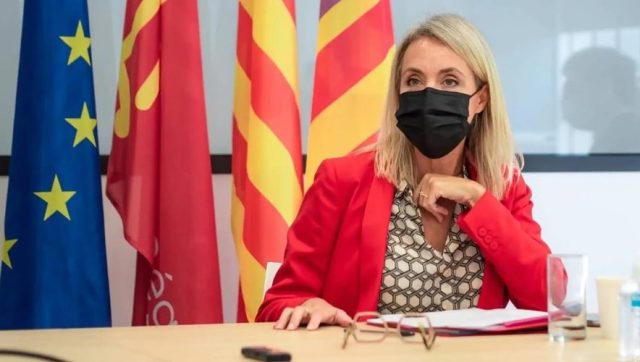 A broad consultation on the subject was launched at the end of December in the Occitanie region, which is particularly focused on the European Union.

“Support the international development and in Europe of Occitania.” This is the ambition of the regional authority which, on Friday, December 17, launched a vast consultation with “the actors of the territory and the inhabitants to define the priorities of tomorrow and jointly build a new strategy”.

Consultation which will encompass all sectors of activity in the service of employment and citizens spread over the thirteen departments, and which will aim to enhance “the influence and attractiveness of the Region outside its borders and put the emphasis on honor the solidarity and mobility of students “.

Companies, associations, local authorities, higher education and research establishments, vocational training centers, professional organizations… as well as the inhabitants of Occitania are called upon “to co-construct new regional public policies in European and international matters”. from the Region when the operation was launched.

The consultation launched by the Occitanie Region will take place in two main stages: an online consultation from December 2021 to March 2022; regional workshops organized in each department until April 2022.
At the end of this phase, the strategy will be finalized until May 2022 and then presented to the Plenary Assembly next June before being unveiled to stakeholders, partners and residents at the start of the 2022 school year.

Carole Delga: “It is essential to consult”

“It is essential to consult before deciding on a new public policy” added Carole Delga, the President of the Region, referring to “actors, partners, inhabitants” of Occitania, whom “we wish to involve in order to be able to offer them mechanisms and actions in line with the reality on the ground “.

Nadia Pellefigue, vice-president of the Region, delegate for Europe and international relations, abounded on Tuesday: “This is not just a strategy of diplomats and consulars. The inhabitants of Occitania must be able to build with us. They answer from elsewhere! In two days, 180 questionnaires on this consultation have already been validated, ”she was enthusiastic about.

Before insisting on the development axes to be favored: “We are already strong in space, aeronautics, hydrogen. We also want to focus particularly on the environment, gender equality, news forms of work organization or the management of industrial relocations. And the objective is also to defend our interests in terms of European credits. “

Because, she added, “strengthening our capacity to mobilize European funds makes it possible to support and improve the daily life and the quality of our lives of our territories and its inhabitants. To make a Europe at their service.”

And Nadia Pellefigue recalled that for operational programs alone, excluding the recovery plan, “the Occitanie region benefits from 666 million euros, over the period 2021-2027”, under two European funds. To help finance both projects dedicated to the company and cycle paths.