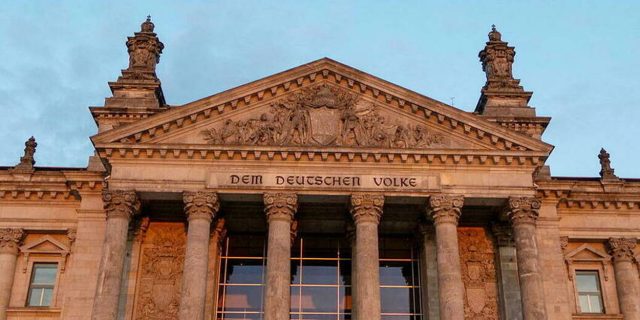 LGerman justice announced, Thursday, April 14, the arrest of four members of a far-right network in the movement of antivax and opponents of anti-Covid rules, who were planning “violent attacks” in Germany and kidnappings of “public figures”. Popular Social Democrat Health Minister Karl Lauterbach was among their target, AFP learned from a ministerial source. This messaging network, called United Patriots, aimed to destroy “the German democratic system”, said the Koblenz public prosecutor’s office and the Rhineland-Palatinate police in a joint statement.

The suspects, arrested the day before during extensive searches, had notably planned to attack the electricity networks to cause “a long-term power outage throughout the territory”, which would have, in their minds, created the conditions for a “civil war”. Authorities had been investigating the group, their founders and supporters in several parts of the country since October 2021. During Wednesday’s raid, they notably seized firearms and ammunition, gold bars and silver coins, currencies worth more than 10,000 euros, as well as mobile phones, fake Covid-19 vaccination certificates or even several documents written on their plans to overthrow the state. Authorities have targeted five suspects, all German, between the ages of 41 and 55, and have made four arrests so far, the statement said.

Read:  Hardware news We know the presentation date of the next AMD Ryzen processors

The neo-Nazi movement in the sights of the police

Police operations targeting the radical fringe of the anti-health restrictions movement have multiplied in the country, which has placed far-right violence at the forefront of threats to public order, before the jihadist risk. This movement has been particularly mobilized in Germany since the start of the Covid-19 pandemic and is active in Telegram groups making threats against elected officials or during demonstrations. The murder in June 2019 by a neo-Nazi activist of Walter Lübcke, elected from the conservative party which defended the policy of welcoming migrants from former Chancellor Angela Merkel, had also been an electric shock in the country.

In early April, the German authorities notably carried out a major crackdown in far-right terrorist circles, as part of a broader investigation, involving police and military intelligence services since 2019. Four suspects of the Knockout 51 group were then arrested. Ongoing investigations also target the far-right group Atomwaffen Division Deutschland, the German branch of the American neo-Nazi movement. On Wednesday, the federal prosecutor’s office announced the indictment of a young German sympathizer of this movement suspected of having wanted to trigger “a war of races” in Germany via attacks with explosives and firearms.