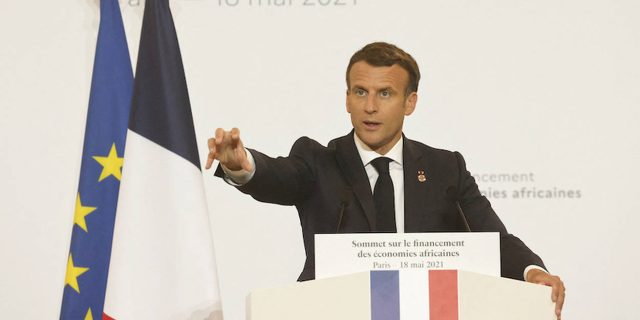 Dince it has existed, French official development assistance (ODA) has been characterized by two dimensions: solidarity (with the recipient countries) and interest (that France itself finds in its action). The facts show that the scales tilt resolutely towards the “interest” part of this diptych. However, all the major texts devoted to aid, one of the best examples of which is the law on solidarity development and the fight against global inequalities promulgated on August 4, 2021, affirm that the first objective of this public policy is the eradication of poverty, which should therefore translate into action resolutely oriented towards solidarity…

This contradiction has run through ODA since it has existed, to such an extent that it would be better to qualify it as “self-interested solidarity”. As early as 1961, General de Gaulle, willingly presented as the “father of cooperation”, declared: “All the underdeveloped countries which yesterday depended on us and which today are our favorite friends ask for our help and our support. But this help and this help, why would we give it if it is not worth it? »

At the end of Emmanuel Macron’s five-year term, what assessment can be made in terms of aid? If the current president may have seemed, a priori, to stand out from his predecessors, in reality he is largely following in their footsteps.

Emmanuel Macron exposes his vision of Africa and development aid during the founding speech delivered on November 28, 2017 in Ouagadougou.

On the subject of ODA, he declares that France will be “up to it”. In addition to reiterating the promise of a substantial increase in aid, which should increase at the end of his mandate to 0.55% of gross national income, or 14.6 billion euros against 9.7 billion euros in 2017, he reiterates on several occasions the need for this money to go “on the ground” and be sent to “those who need it most”.

Concerning more specifically the Sahel region, which is grappling with many challenges, the French President returns to the creation a few months earlier, in July 2017, of the Alliance for the Sahel and underlines the specificity of this approach insofar as it For France, it is a question of “aggregating multilateral aid, aid from other European powers to be more effective”.

Finally, he insists on his desire to address himself above all to African youth and specifies that for this purpose others will help him: “These are the members of the Presidential Council for Africa. For Africa because they will be a permanent link with you. […] And presidential because your voice will be returned to me without filter, without intermediary, without concession. »

This council, originally made up of eight members, most of whom come from the African diaspora, aims to provide the president with an original and non-institutional perspective on Africa. An important part of its mission, in addition to formulating proposals for action, is to convey directly to the Head of State the perceptions and expectations of societies on the continent.

The good intentions displayed in the Burkinabe capital were confirmed in the following years. In his speech at the 2018 Conference of Ambassadors, Emmanuel Macron announced one billion euros of donations in additional commitment authorizations for the 2019 budget. But, if the increase in financial means is necessary, it is not however sufficient.

Emmanuel Macron wants a change of method. In the speech to the 2019 Ambassadors Conference, he asserts that the relationship with Africa must be seen within the framework of a “new partnership”. He proposes to carry out a “conversion of our own action, of the relationship with our African partners and of our methods. »

It is more precisely a question of “acting and [de] work differently with Africans for themselves, think about their action with them and consider that the most advanced actions are to be done with Africans in Africa”. In short, as several aid decision-makers will make clear in the following months, it is no longer a question of making for but with Africa, which bodes well for a genuine policy of cooperation.

In the face of facts

“I would give him 18/20 in the essay, but not the average in continuous assessment. […] His words are perfect, but his problem is that of putting them into practice. This is how Professor Bertrand Badie assesses Emmanuel Macron’s action on multilateralism or Europe. We can extend his remark to official development assistance.

Let’s go back to his various announcements and scrutinize government action.

While it is laudable to want to increase ODA, it is necessary to dispel misunderstandings. The question of development aid cannot be purely quantitative. Suffice it to say that aid exceeded 1% of GDP in the 1960s… without this being particularly noticeable in terms of development.

More specifically, increasing amounts that do not go in the right direction is very likely to change nothing of the problem. The example of one billion in commitment authorizations is particularly revealing here.

The detail of the allocation of this sum somewhat tempers the initial enthusiasm: of the total, education and health receive only 200 and 100 million respectively. It remains, moreover, to know what, in these sums, will be allocated to the Francophonie or to prestigious equipment in the field of health, and what will remain for basic education and primary health, the only ones to do really meaningful in the fight against poverty.

Read:  Two 22- and 27-year-olds stabbed in Amsterdam, suspect on the run

But it is especially the calendar of use of this billion which poses the most problem. While the resolution of the difficulties of the poorest countries (one thinks above all of the Sahel) requires urgency, disbursements will be made until… 2031, with an average of one hundred million per year, which tempers for the less the announcement effect.

The desire to be closer to the field and to those who need it most also leaves something to be desired. The example of the Sahel Alliance can be mentioned here. Members of NGOs working on the spot give a much more nuanced assessment, comparing this structure to an “empty shell” insofar as the projects stamped Alliance Sahel already existed.

The questioning of good intentions also concerns the Presidential Council for Africa (CPA), whose role, it should be remembered, is to convey directly to the President the expectations of societies on the continent, more particularly of young people.

The question is to know from whom, precisely, the members of the Council are very likely to take over. To answer this question, it is necessary to focus on its composition, which gives pride of place to the private sector, more precisely to the world of entrepreneurship.

The heading of an article by Laurence Caramel devoted to the CPA published at the end of 2018 summarizes the situation well: “The Head of State relies on this heterogeneous circle to capture the expectations of the new economic and cultural elites of the continent. We can therefore wonder about the fact that the CPA relays the desiderata of societies in their plurality.

A final illustration refers to the change of method. Saying that aid will now no longer be for but with Africa seems somewhat contradictory with the announcement of the doubling of the number of experts within two years, decided during the first Presidential Development Council organized on December 17, 2020. Unlike the co-operator who was supposed, according to the etymology, to “work with”, the expert is, by definition, “the one who has proven himself, the one who knows”, which expresses a hierarchical relationship, by definition unequal.

Moreover, careful observation of Expertise France (the French state agency for the design and implementation of international technical cooperation projects), recently attached to the French Development Agency, shows that it comes before all within the framework of economic diplomacy, which is clearly synonymous with French influence.

All in all, while the subject of official development assistance will no doubt be raised during the presidential campaign by several candidates, it will be important to closely monitor the commitments of whoever wins the election.

* Philippe Marchesin is a teacher-researcher in political science, University of Paris-1-Panthéon-Sorbonne.