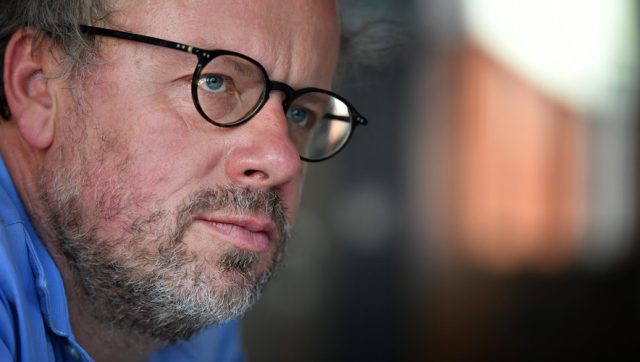 In an interview granted to Midi Libre, Christophe Deloire, secretary general of Reporters Without Borders, considers “scandalous” the accusations relayed by the Russian press which present the BFMTV journalist killed in Ukraine as “a mercenary delivering weapons”.

What do you know of the circumstances of the death of the BFMTV journalist on Monday in Ukraine?

Frédéric Leclerc-Imhoff was hit when he had several levels of protection, he was in an armored vehicle which bore an obvious mention on the front of the windshield indicating that it was a humanitarian truck and, despite everything, a shell exploded just ahead.

A piece of shrapnel hit him in the neck in a vulnerable spot between his helmet and his bulletproof vest. This journalist was covering the evacuation of civilians, the truck was going to pick them up in the Donbass where the fighting is gaining in intensity.

I have a feeling of sadness and revolt. Once again, a journalist is paying with his life for fighting for the essentials, democracy, freedom, reliable and independent information.

Do we know for sure if it was a Russian strike and was the vehicle targeted?

The investigation will have to say, what we know is that the Russian forces are trampling on the Geneva conventions and many journalists have already been deliberately shot at. This young journalist is the eighth killed in Ukraine.

Read:  Germany: an attack in a university leaves one dead and three injured

This country has become one of the most dangerous for the press.

It is not the only dangerous place, eleven journalists have been killed for example in Mexico since the beginning of the year, but it is one of them today. Moscow violates the rights of journalists, killed, kidnapped, shot like rabbits and there is a form of forced recruitment through the force of media propaganda, with pressure, blackmail, it’s terrifying.

What do you think of the accusations in the Russian press qualifying Frédéric Leclerc-Imhoff as a “mercenary delivering weapons”?

This shows the reality of the Russian disinformation, of the general confusion that is maintained. The Russian news agency Tass published a dispatch based on the fabulations of a puppet regime in the pay of Moscow in the Donbass, launching these assertions without a shadow of proof and against all evidence. It’s absurd, it’s ridiculous and it’s outrageous.

We are in an Orwellian moment in history, where we take the bladders for lanterns all day. The Putin regime is the animator.

What do you expect from open investigations?

Read:  Ukraine: a close Putin claims to be exchanged for civilians

It is essential that the Ukrainian justice put all possible means, with transparency vis-à-vis the French authorities. It is no coincidence that France asked for his body to carry out a direct expertise.

We are waiting to know the culprits on the spot, but also the chain of responsibility. When we look for elements we can find them. We also have a team in the field made up of photo-reporter Patrick Chauvel and a person in charge of the investigation.

According to our assessment, there have been at least 50 events qualifying as war crimes in Ukraine, targeting media, journalists, we do not have the capacity to investigate every case, but the results of our investigations into the death of a Ukrainian journalist will soon be published. And we have filed five complaints with the International Criminal Court.

Will RSF also file a complaint about the death of the BFMTV reporter?

There is the opening of an investigation in France, we will see if it is integrated into a forthcoming complaint to the ICC. French justice proceeded, in any case, with speed, we must salute it.

To find elements it is necessary the contribution of the Ukrainians and to act quickly.