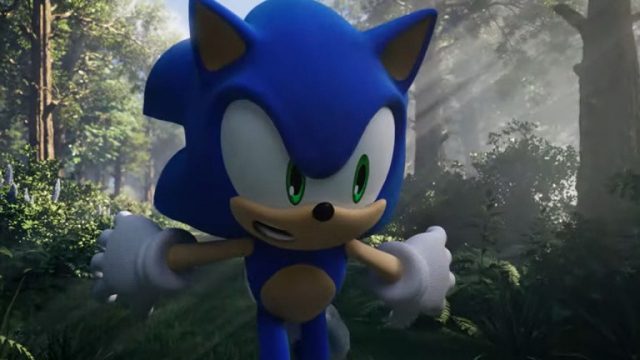 It’s been a long time now that Sonic has been in the shadow of Nintendo’s mustachioed plumber, but it seems that truth will soon be a dark memory. The open-world Sonic Frontiers has just released some images of its gameplay, and it’s magnificent!

A visual and musical slap

It is under the piano notes of Tomoya Ohtani, one of the flagship composers of the SEGA license, that Sonic, our favorite blue hedgehog, makes a sensational entrance in this brand new Sonic Frontiers teaser… And what we can say is that this short excerpt blows a wind of freedom never seen before for the series. He invites us to contemplate landscapes that easily recall the masterpiece that is The Legend of Zelda: Breath of the Wild. The environments are verdant and stretch as far as the eye can see and only ask one thing: to be explored.

Read:  Hardware news Apple wants to force you to upgrade to iOS 15!

This short excerpt also takes the opportunity to show us Sonic at work for a few seconds in this open-world which already promises to be gigantic. We see him crossing fields at full speed, running in a wheel like a hamster, jumping from rail to rail or even defeating gigantic enemies.

Always expected for the end of the year, this Sonic Frontiers is presented as the most ambitious Sonic game… and when we look at the first images available above, we are forced to believe it. The game looks promising, especially as Haruki Satomi and Koichi Fukazawa, CEO and CFO of SEGA Sammy (parent company of the publisher), are doing everything to make this Sonic Frontiers a must.

We have set targets internally, while there is a relationship between high game ratings on external aggregators and high sales in Europe and North America. If the game gets high ratings, it may become a must-buy, and then possibly synergize with sales, so we’re currently working to perfect the game closer to release.

With Sonic Frontiers, the objective for SEGA is to have the same impact as Sonic Adventure had in its time.

Sonic Adventure laid the foundations for Sonic games another twenty years after its initial release, so along the same lines I really hope this new game will lay the foundations for the next Sonic titles to come; this is the idea behind the challenge facing our team.

As a reminder, Sonic Frontiers is expected for the end of 2022 on PC, PlayStation 4, Xbox One, PlayStation 5, Xbox Series X | S and Nintendo Switch.

Read:  Mario Strikers: A famous French commentator in charge of a match between Mario and Bowser!