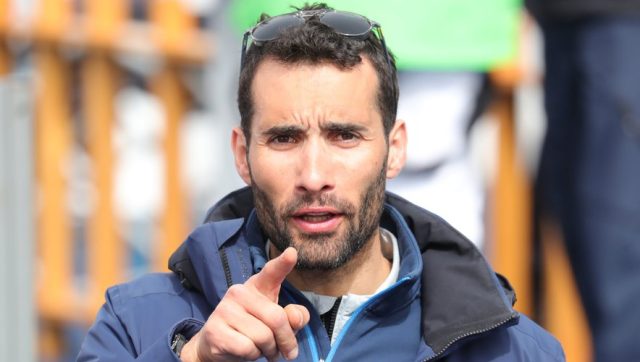 Simon, the brother of the five-time Olympic champion, declared himself on Saturday April 4 against the exclusion of Russian athletes by international federations.

Saturday April 2, the former French biathlete Simon Fourcade, brother of Martin, declared himself against the exclusion of Russian athletes by international federations. And since then, the exchanges on social networks have not stopped raining.

Starting with those of the Ukrainian biathlete Dmytro Pidruchnyiwho has joined his country’s national guard since the Russian invasion of Ukraine, and who castigated in an Instagram post the remarks of the coach of the young teams of the French biathlon team.

In this post, Dmytro Pidruchnyi also targeted Simon’s brother, Martin Fourcadesaying “sorry I voted for him on the Athletes’ Commission, and that such great athletes turned out to be shitty people.”

“Go to hell,” concluded the former opponent of Fourcade on the slopes.

The Catalan’s response on Sunday on Instagram: “I don’t usually respond to private attacks on social networks. But I’m a little tired of being insulted. Your sadness shouldn’t allow you everything.”