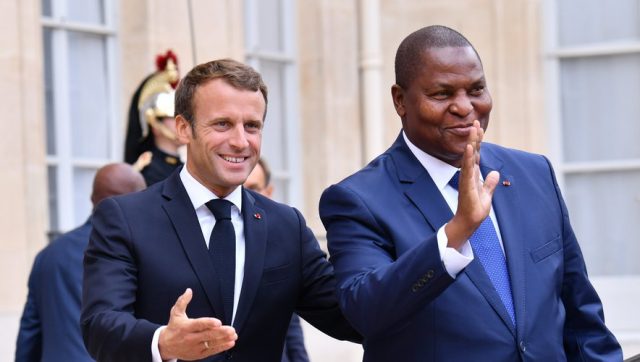 An investigation was opened on Tuesday February 22 after the arrest of four legionnaires on Monday in the Central African Republic. They were operating under the UN banner.

The diplomatic levers were activated after the arrest on Monday February 21 of four soldiers of the French army, operating under the banner of the UN in Bangui, in the Central African Republic. A senior United Nations official has also met President Touadéra in order to obtain their release “as soon as possible”. As of Tuesday, an investigation was opened, but this Wednesday the legionnaires are “still detained by the Central African authorities”, as confirmed by an official of the French army in Africa to France Info.

An unmarked vehicle without UN logo

An Italian, a Romanian, a Bulgarian and a Frenchman, all members of the Foreign Legion corps, were arrested by the Central African gendarmerie in front of Bangui airport. But it would seem that this arrest is the result of a huge misunderstanding.

Indeed, the soldiers, heavily armed on their arrival at the airport, were escorting French General Stéphane Marchenoir, Chief of Staff of the peacekeeping force in the Central African Republic (Minusca), where it was expected that he take a plane to Paris. They arrived in an unmarked vehicle with no UN logo, which the Bangui public prosecutor considered “suspicious”. Worse, the vehicle had been “followed by the police intelligence services for two months”. Quoted by our colleagues, the prosecutor adds that the car was at the time of the arrest “less than 30 meters from the passage of the presidential convoy”.

Read:  Lost Ark, what is the best class to play alone? Ride on content solo!

Accused of wanting to attack the president

It was enough to accuse the military, yet present in the country to maintain peace, of wanting to foment an attack against the president. The automatic pistols, assault rifles and grenades they carried with them – normal equipment for these soldiers – reinforce this rumor.

Faced with the revolt that was beginning to arise on the country’s social networks, the UN and France hastened to deny this accusation, denouncing in passing a “rough manipulation” feeding “disinformation”. For his part, the Central African prosecutor announced the opening of “a regular investigation to shed light on the facts”.

Place of tension between Paris and Moscow

After this unfortunate event, it is difficult not to make the connection with the war of influence being played out between Paris and Moscow. Tensions have been felt since the arrival on Central African territory of Russian paramilitaries in 2018, the famous Wagner fighters. These fighters, who according to France are leading an “anti-French” campaign orchestrated by Moscow, with the complicity of the Central African power, ensure the close security of the President.

Since they are present closer to power, relations between Bangui and Paris have been largely cooled. In June 2021, eight years after the start of the civil war in the country, the French had even cut off their military and financial aid to the Central African Republic. As for the arrest of the French soldiers, the day of the opening of the investigation corresponds to the moment when France and the United States accused before the UN Security Council the Russian combatants (de Wagner ) of “executing” and “massacring” dozens of civilians in January.

They are even accused of sowing “terror” in the country. “This violence is systematic, deliberate, it is part of a method which aims to provoke terror in order to control certain territories and derive profits from it”, even estimated the French ambassador to the UN, Nicolas de Rivière, to our colleagues. While anti-French sentiment grows in Africa, Russia places its pawns, like what happened in Mali. What happens next is uncertain to say the least.