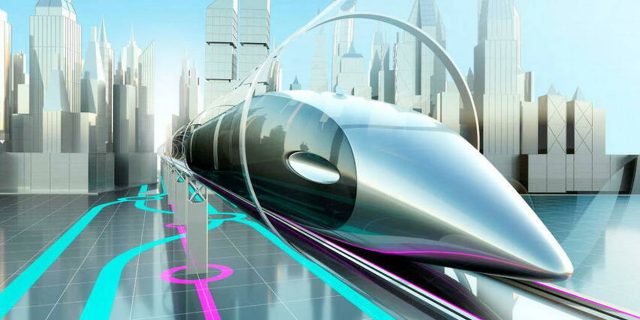 Son the right track. The Canadian start-up TransPod has found the funds to launch the construction of the first section of its ultra-high-speed line, which its train of the future will be able to use by 2031 if all goes well. As reported Le Figaro Monday, March 28, an agreement was reached with the British finance company Broughton Capital for a loan of 550 million US dollars (approximately 496 million euros). “This funding will be used to build the first segment of the line, between the airport and the city of Edmonton, and to certify the technology,” said Sébastien Gendron, founding CEO of Transpod, to the Figaro.

Transpod’s futuristic train, inspired by Elon Musk’s Hyperloop project, will allow travelers to travel between Edmonton and Calgary, in the Canadian region of Alberta, aboard capsules propelled by magnetic levitation in a tube, in 45 minutes instead of three hours by road. It’s like connecting Lyon from Marseille in less time than it takes to say.

Total cost of the project? $19 billion

The total budget for the Transpod project was estimated at $19.2 billion. The Canadian start-up has planned to start work in 2027 and hopes for commissioning as early as 2031. But for at least the next two years, the work will consist of developing the project, seeking new financing and, above all, acquiring the land required for construction.

Each year, the Transpod train could transport 8 million people and 3 million tons of goods. Faster than the TGV, this means of transport of the future will also be an ecological alternative to the plane. Over a year, the line between Calgary and Edmonton would reduce CO emissions2 transport vehicles in the province by 636,000 tonnes per year, equivalent to planting a forest four times the size of the city of Calgary.

Read:  Venezuela: Super-Mustache, the superhero who looks like Maduro