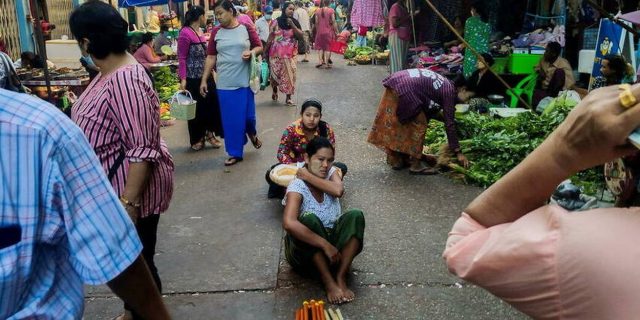 San San Lwin is sitting in her plastic chair, her hands on her knees. Usually busy arranging her products and chatting with customers, this shopkeeper in the historic city center now looks at the empty street in front of her. She opened her shop on 1er February, when resistance groups against the junta called on the population to stay at home on the anniversary of the coup. “The soldiers came to see me yesterday to tell me to open up,” she explains with a contrite smile. “But there is not a customer today. »

In Rangoon, the economic capital of the country, the streets are empty. The Day of Silence, one of the last peaceful ways to show disagreement with the coup, has been launched several times by the resistance in recent…