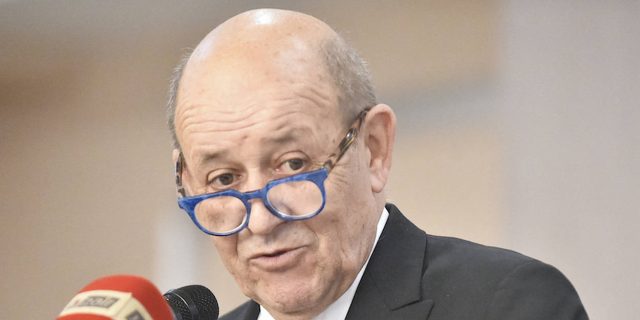 L’French Embassy in Ukraine will return to the Ukrainian capital kyiv. It had been moved to Lviv in the west of the country in early March, a few days after the start of the Russian offensive. “This redeployment will take place very soon and will make it possible to further deepen the support provided by France to Ukraine in all areas to deal with the war launched by Russia on February 24”, announced the French Ministry of Foreign Affairs. in a press release.

The head of French diplomacy Jean-Yves Le Drian made this announcement during a telephone conversation with his Ukrainian counterpart Dmytro Kouleba. France, on the other hand, continues to advise its nationals against returning to Ukraine, including to kyiv. “We consider that the return remains unthinkable for the French who resided in Ukraine. The return of French compatriots remains formally prohibited today,” noted the Quai d’Orsay on Tuesday, emphasizing that “the whole of Ukraine remains a war zone”.

France provides support to Ukraine in terms of military equipment, humanitarian aid and in the context of investigations into abuses committed by Russian forces against Ukrainian civilians. The French government has allocated one hundred million euros for humanitarian support to Ukraine and neighboring countries, including Poland and Moldova, which host many Ukrainian refugees.

A convoy of 40 vehicles loaded with 50 tonnes of relief equipment will leave France on Friday morning for the border between Romania and Ukraine where this equipment will be handed over to Ukrainian rescuers. More than one hundred million euros of military equipment, armaments, ammunition, means of protection were also delivered by France to Ukraine. French gendarmes will also assist their Ukrainian counterparts in the investigations of war crimes committed around kyiv.