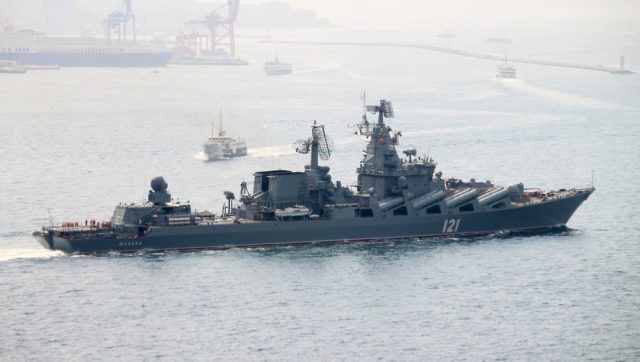 The Ministry of Defense had declared earlier that the Moskva had been reached by a fire of still undetermined origin and the explosion of ammunition stored on board. Ukraine had claimed that the fire was caused by missile strikes. Reuters was unable to verify this information.

“During the towing of the cruiser Moskva to port, the ship lost its stability due to hull damage sustained during the fire due to the detonation of ammunition,” Russian news agencies quoted the ministry as saying.

READ ALSO – War in Ukraine: explosion or bombardment, what we know about the “seriously damaged” Russian cruiser Moskva

“In stormy sea conditions, the ship sank”. The Ministry of Defense reiterated that the crew had been evacuated.