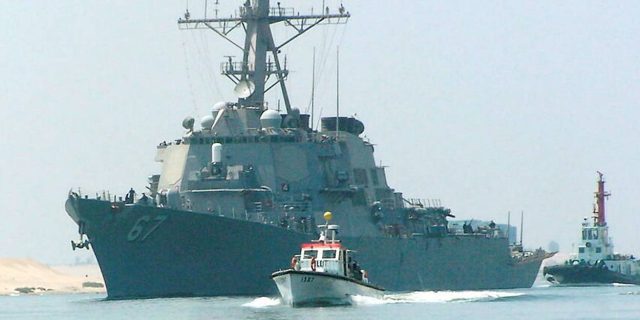 L’international news is decidedly busy at the start of 2022. On Wednesday February 2, the United States announced its intention to send military reinforcements to the United Arab Emirates, recently attacked by the Houthis, these Yemeni rebels at war against the central power of Aden.

In detail, Washington will dispatch a warship and fighter jets to participate in the response of the Emirates against the Houthis. The announcement of this military support came in the wake of a phone call between US Defense Secretary Lloyd Austin and Abu Dhabi Crown Prince Mohammed bin Zayed al-Nahyan.

The Emirates, part of a Saudi-led military coalition operating in Yemen since 2015, was the target of three missile and drone attacks in January, one of which killed three migrant workers. The second attack, on January 24, targeted the Al-Dhafra air base, where US forces are stationed, which intercepted missiles launched by the Houthis.

The missile destroyer USS Cole will partner with the Emirati Navy and make a stopover in Abu Dhabi, capital of the Emirates, according to the statement, which specifies that Washington will also deploy fifth-generation fighter jets. In addition, the United States will continue to provide the Emirates with intelligence for the prevention of attacks, it is added.

The multiplication of Houthi attacks against the Emirates, a wealthy Gulf country that holds to its reputation as an oasis of peace in the Middle East, opens a new page in the war in Yemen that began in 2014. In addition to seven years of war in Yemen, all the actors in the conflict have been accused of war crimes by UN experts.

Implicated for multiple “blunders”, the coalition led by Riyadh has recognized “mistakes” but accuses the Houthi rebels of using Yemeni civilians as human shields. According to the UN, the conflict in Yemen has claimed 377,000 lives and pushed the country’s 30 million people to the brink of starvation.

Read:  Sonic 2: the film is full of videos with Tails and Knuckles for the Super Bowl