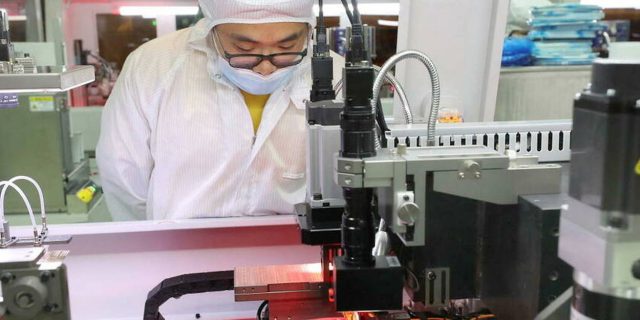 Ihe two main Ukrainian neon manufacturers, Ingas and Cryoin, have stopped production, which accounts for half of the world’s supply. This rare gas is essential to the operation of the lasers that equip semiconductor factories, from which the components of computers, smartphones, televisions and other electronic objects are made.

Beyond the terrible human consequences, the invasion of Ukraine has already shaken certain world markets such as that of hydrocarbons after the series of sanctions imposed on Russia, and could therefore also reinforce the world crisis of semiconductors. This began in 2020 with the coronavirus pandemic and the temporary shutdown of production in Asia, particularly in China (also a neon producer), Taiwan, South Korea, the United States and Germany. Manufacturers in these countries may have stockpiled, but it is likely that these, if they exist, will run out by April.

In Taiwan, however, the Minister of the Economy and the central bank were reassuring by referring to the “security stocks” built up by the country and making it possible to avoid “short-term” supply disruptions. On international markets, the price of neon had already quadrupled by the end of February, compared to its price in October 2021. After the annexation of Crimea in 2014, the price of neon had increased sevenfold before regaining its course.

The Ingas company is based in Mariupol, one of the hardest hit cities in Ukraine, with a humanitarian situation deemed “catastrophic” in early March by Doctors Without Borders. Cryoin is headquartered in Odessa, which has been less hard hit so far, and had closed its factories as a preventive measure as soon as Vladimir Putin announced the invasion on February 24.