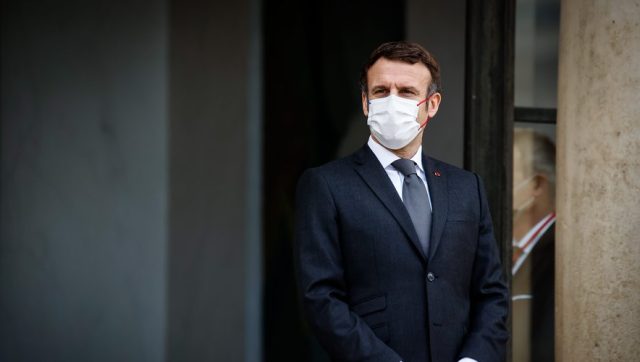 Emmanuel Macron’s visit to Toulouse this Wednesday, February 16 will be an opportunity for the President to talk about European strategy on the issue of space strategy.

The space summit is being held this Wednesday, February 16 in Toulouse. This meeting consists of bringing together 27 European ministers in order to develop the beginning of a political agreement on the major subjects related to space: “launchers, space exploration, telecommunications constellations”, details the Dispatch.

This day will be marked by the visit of the President of the Republic, also at the head of the French Presidency of the European Union. Emmanuel Macron should therefore arrive around 2 p.m. in Toulouse to deliver a speech at 2:30 p.m.in which he intends to recall the issues of European sovereignty linked to space and to emphasize that “space is once again becoming an issue of conquest”, notes AFP.

Read:  At Lloyd's of London, Russian planes and ships are persona non grata

On the side of the Elysée, we confide that “the speech of the President of the Republic will insist on the need for Europe to take the turning point of the new space deal with challenges of research and innovation, industry but also of sovereignty and defence”, reports the Dispatch.

A brief visit therefore, for Emmanuel Macron, but whose stakes are high since France, with Italy and Germany in Europe, is an important space state in Europe.

Next November, the so-called “ministerial” meeting of the European Space Agency (ESA) in Paris should make decisions. During this ministerial meeting in Toulouse, draft agreements and major themes will be discussed, without any strong announcements emerging for the moment.